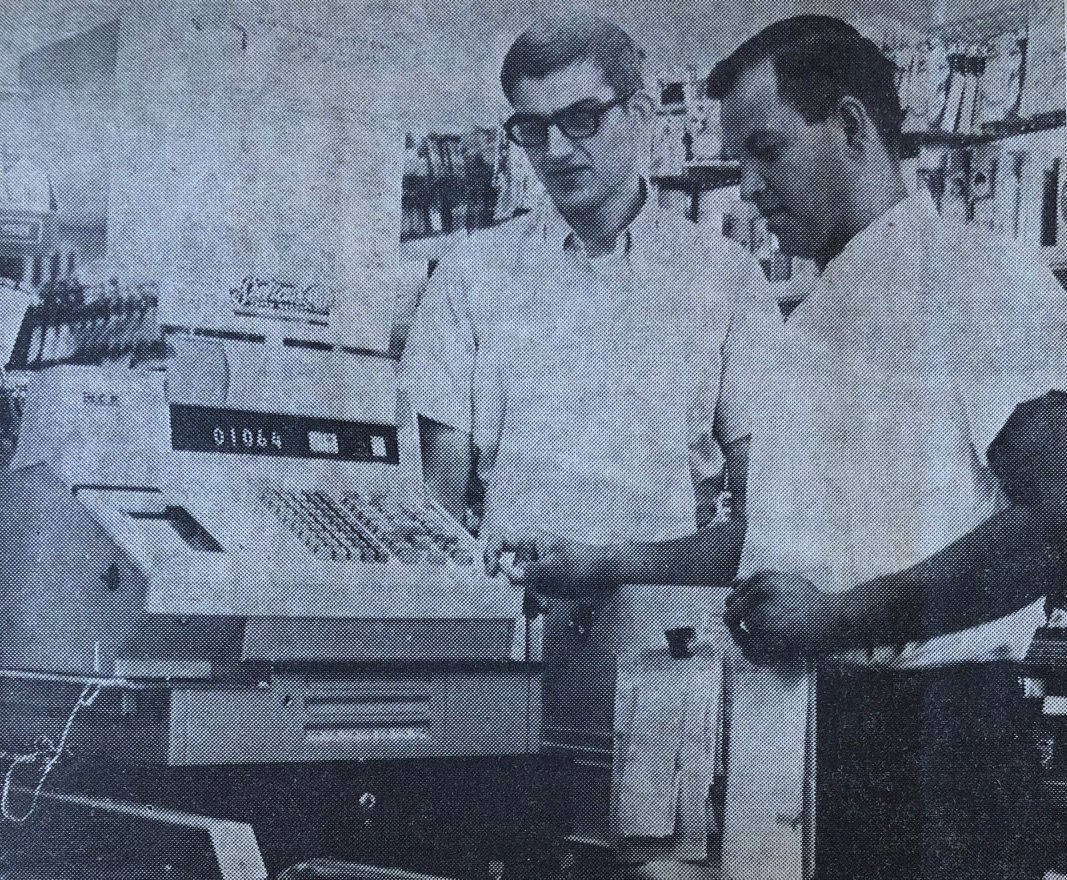 Assistant Manager Chuck Mathieu and Owner-Manager Bob Egolf inspect the new National Cash Registers installed at Shelton’s IGA Market, prior to Egolf purchasing the business in the 1960s. Mathieu, another impactful resident of Churubusco, also passed within the past year. 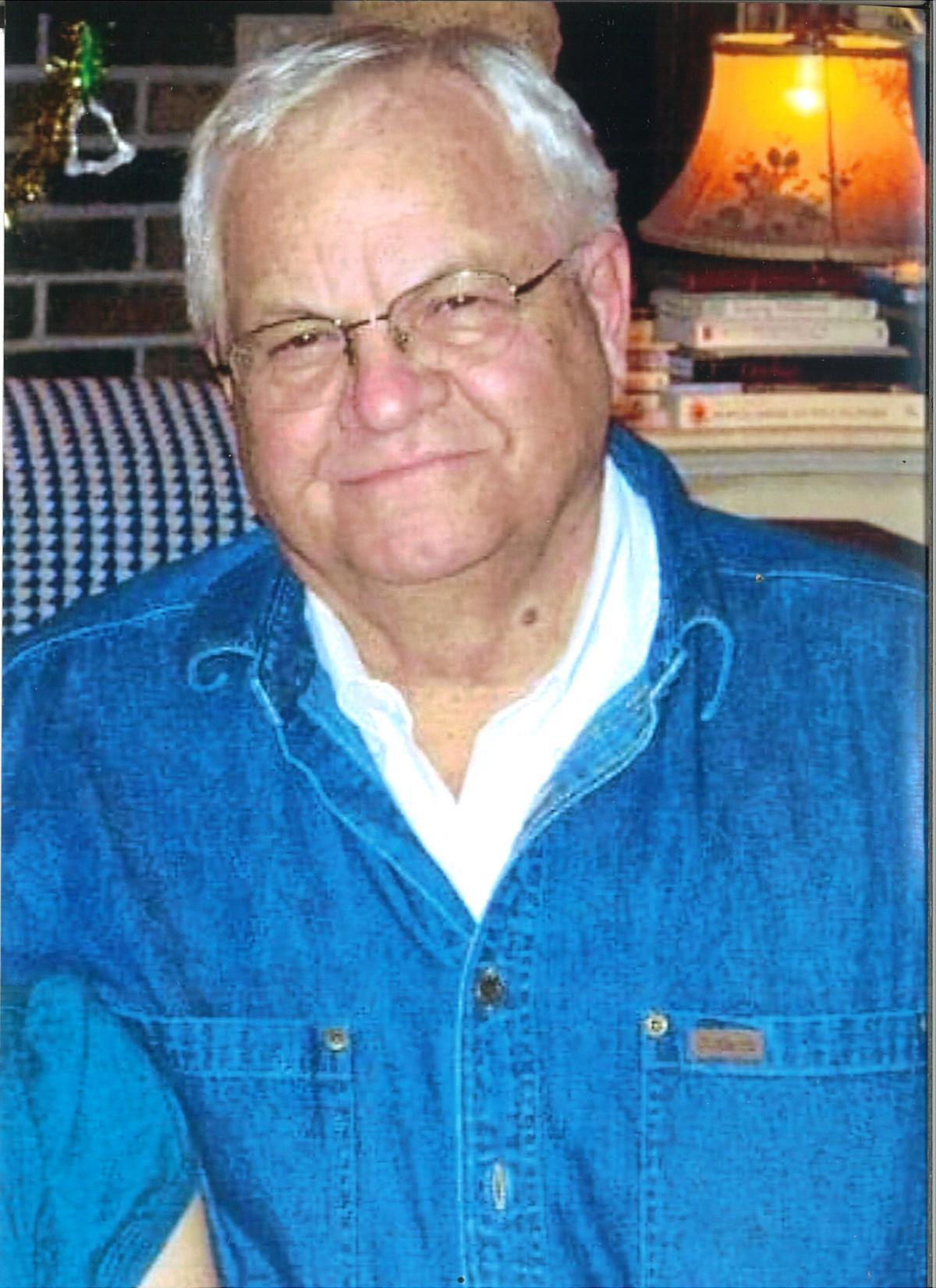 CHURUBUSCO — The town of Churubusco is saying goodbye to its hometown grocer.

Bob Egolf, who spent 65 years in the grocery business, passed away Feb. 21 after a battle with cancer at age 79.

According to records at the Churubusco History Center, Egolf was one of the longest continuous business owners in the history of Churubusco. His impact as a businessman and community member is far-reaching, as he frequently gave his time and money to local causes.

In fact, had it not been for Egolf’s partnership with the Churubusco News, the newspaper would likely not be in existence today.

“Bob’s support for the community was tremendous,” said Bob Allman, who started the Churubusco News in the 1990s. “If it wasn’t for him, we wouldn’t have a ’Busco paper. He’s been a constant advertiser for the last 50 years. He wanted a newspaper in the community.”

Egolf started his career at John Shelton’s IGA, located on North Main Street in Churubusco in 1956 when he was 14 years old. He made a name for himself in Churubusco early, being the Class of 1960’s president all four years of high school and participating in all the sports Churubusco High School had to offer.

After graduation, Egolf married his high school sweetheart, Betty Gilliom. The couple has four children — Tom, Emily, Blaine and Elise. Just seven years out of high school, Egolf purchased the grocery from Shelton in 1967, and in 1982 built a new store south of Churubusco on US 33.

Egolf’s IGA has been known throughout the area for its freshly cut meats and daily baked bakery items.

He was often seen in the store in the morning hours and the evening hours, where he would close the store almost every day. The store was open 7 a.m.-10 p.m., seven days a week.

He loved talking to his customers and would take special orders of items people wanted.

Though he spent much time working, he also kept an active social life.

“Most mornings he could be seen at Brevin’s or the Magic Wand, drinking coffee with his many friends, where they would keep up with the current happenings in Churubusco,” said Chuck Jones, fellow longtime Churubusco resident. “He was a friend to a lot of people.”

He had various groups of friends that he would go ice fishing with, some he played tennis with, and he enjoyed going to Canada with his sons. He even enjoyed playing Blackjack at a few Indiana casinos.

Allman was one of those long-times friends, and like many others, will miss him dearly.

“He and I had been friends since 1948 — since grade school and all through life,” Allman said. “This is going to leave a deep hole in my heart.”

Egolf supported many events in the Churubusco area with generous donations of grocery items or cash. He also contributed to the community through various organizations, such as with the Churubusco Area Jaycees, Churubusco Chamber of Commerce and as a longtime Smith Township trustee.

“He hated to say ‘no’ to anyone who asked him for support,” Jones said.

“One would be short-sided if they couldn’t say Bob was a pillar of the community. He will be greatly missed by his many friends, employees and customers.”