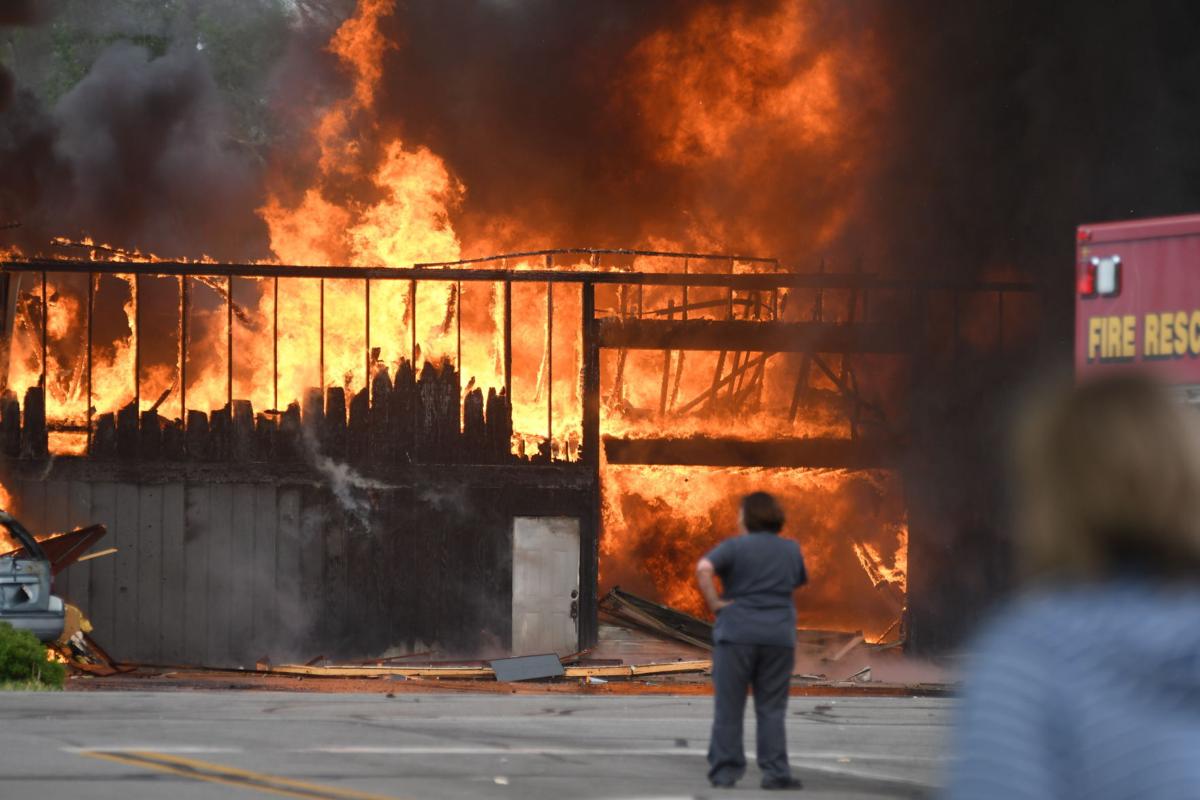 A warehouse explosion rocked Columbia City the morning of May 22. One person was killed and two were reported injured, police said.

COLUMBIA CITY — One month after an explosion in Columbia City that killed one man, Indiana State Police have released their findings on what happened as well as an official identification of the victim.

Police identified the man who was found in the remains of the building after it burned as 34-year-old Zachery Sparkman. The state police release issued June 22 said Sparkman was a LaOtto resident, but an obituary submitted by his family to KPC Media Group in May said he was from Kendallville.

Authorities had not previously identified the victim while the Whitley County coroner continued an investigation.

Police had said about a week after the explosion, when Sparkman’s family was preparing services for him, that it had not received a confirmation from the coroner and therefore could not officially identify the victim at that time.

Due to the severity of the fire, the coroner’s office had to send out DNA testing to the Indiana State Police Fort Wayne Regional Laboratory to confirm the identity of the victim, which accounted for the delay in the identification.

The manner and cause of death have not yet been officially released. Those details will come from the official autopsy report pending with the Northeast Indiana Forensic Center in Fort Wayne.

After the month-long investigation, officials have concluded that the explosion likely was sparked by an unintentional ignition of a natural gas source.

“We completed the scene examination in Columbia City. We examined all of the natural gas lines in the building and tested them,” the Indiana Fire Marshal’s Office stated in the release.

“Several of the connections were found with minor leaks in them, probably from the explosion and fire,” the report continued. “A gas valve located along the back wall was examined and revealed the most significant leak in the building. This valve was near the victim’s location. The victim was a known smoker.

“No evidence was found indicating a manual intentional manipulation of the building’s natural gas system occurred prior to the explosion. All of the evidence gathered indicates the explosion was caused by an unintentional natural gas leak ignited by an independent ignition source.”

Three adults were reported in or around the building at the time of the initial explosion. Two of those adults were able to escape the building with only minor injuries. One man, Sparkman, remained trapped inside and was unable to be rescued due to the size and nature of the fire. There was significant damage to several adjacent business and residential structures to the south and west of the warehouse.

The two men who escaped the building reportedly were in the front of the structure preparing the space for an incoming pet shop. The building contained two separate areas — a commercial space up front and a taller, segregated garage area at the back of the property.

Firefighters were not able to find and retrieve Sparkman until approximately 2:30 p.m., after the flames had been knocked down.

Sparkman is survived a wife and four children. He was a 2005 graduate of East Noble High School and a truck driver with Metal X and Heavy Metal Haulers. Sparkman was a former volunteer firefighter with the LaOtto and Avilla fire departments, and was a member of the Black Pistons Motorcycle Club in Columbia City.