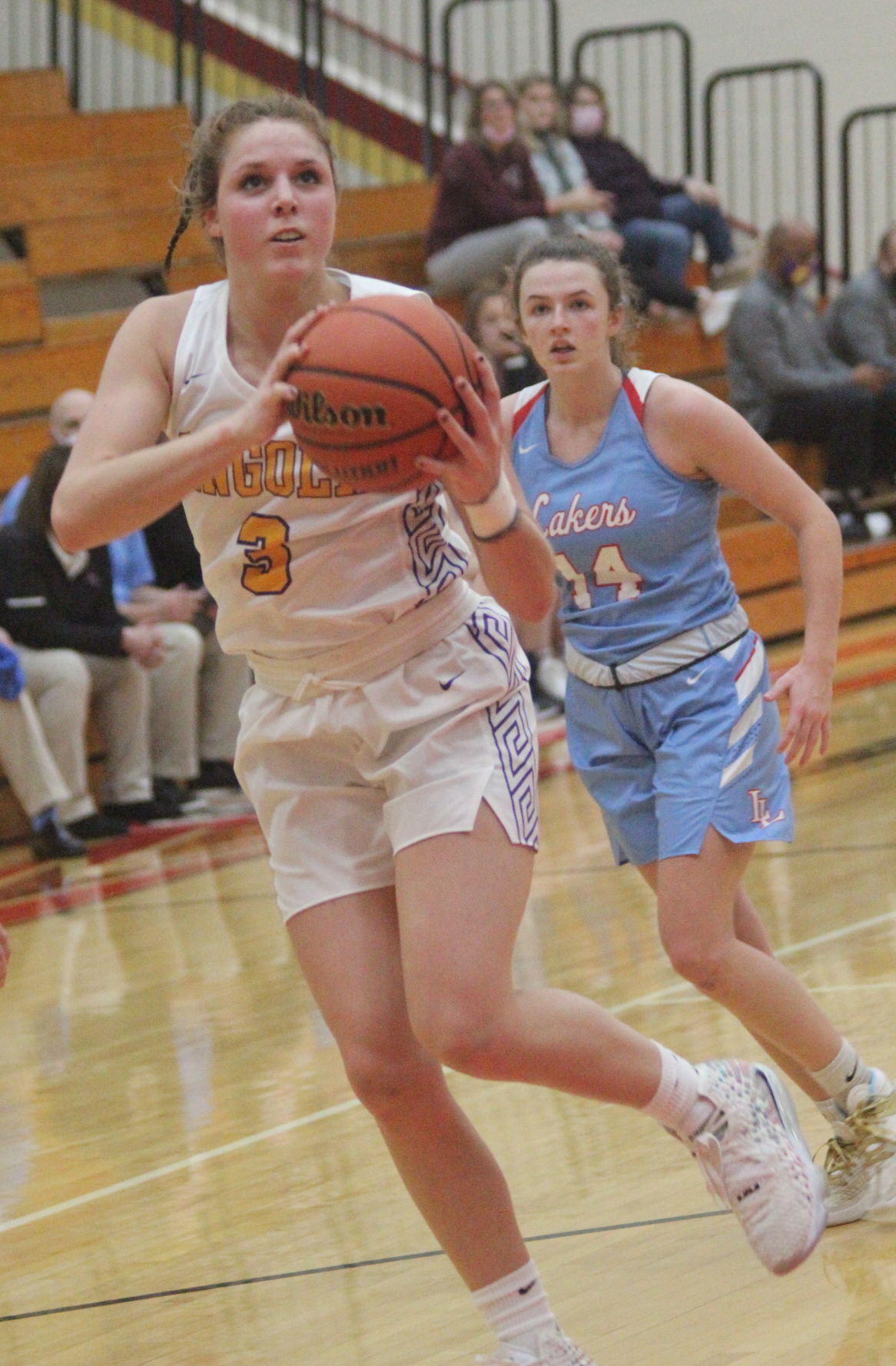 Angola senior Hanna Knoll (3) goes up for a shot as Lakeland sophomore Peyton Hartsough looks on during the second half. 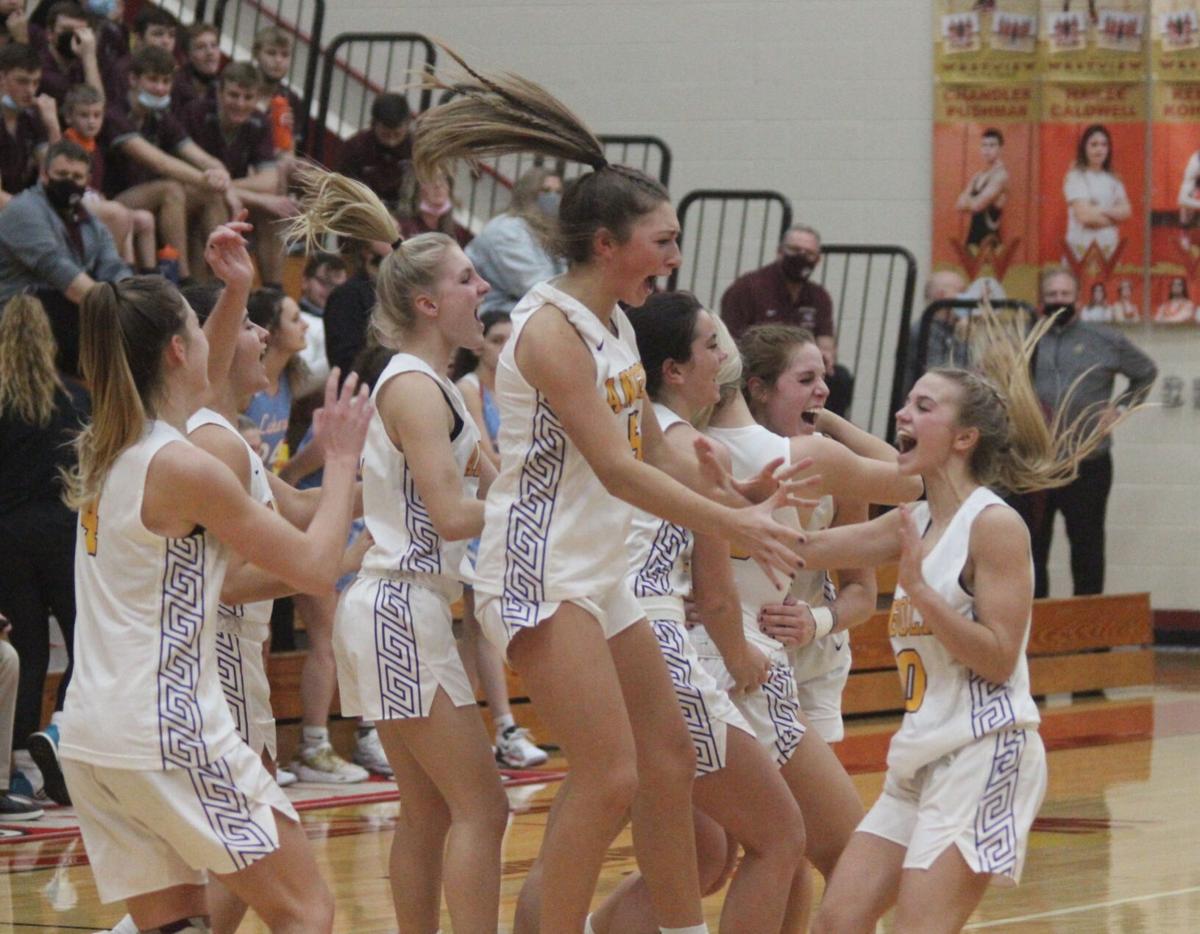 Angola senior Hanna Knoll (3) goes up for a shot as Lakeland sophomore Peyton Hartsough looks on during the second half.

An efficient offense joined that pesky defense in the first half to lift the Hornets to repeat as tournament champions, defeating the Lakers 55-45.

Angola (14-3) played its ninth game in 15 days, but its first away from its two home courts, Central Gym and its home away from home at Angola High School. The Hornets did not look uncomfortable at the start in their home white uniforms, jumping out to a 9-0 lead over three minutes into the contest.

“It means a lot,” Angola junior forward Lauren Leach said of the repeat. “It’s been rough, but we stuck through it.

“The young players have grown tremendously. The seniors and I want to be good role models. We understand what it’s like to play as a team.”

The best players for AHS were at their best. Lauren Leach had 10 points and Hanna Knoll had six points and a couple of steals to lead the Hornets to a 19-11 lead after one quarter.

Angola went over the first six minutes in the second half without a made field goal, but the Lakers (15-5) could not get the deficit under double digits.

The Hornets outrebounded Lakeland 29-22 and had a big free-throw advantage to win their ninth straight game and third NECC Tournament title in four years. Angola was 22-of-26 from the charity stripe while the Lakers were 5-of-7.

“It’s been a long couple of weeks,” Hornets coach Nick Burlingame said. “I’m proud of the girls for staying the course and continuing to work hard. Everybody came together and made big plays.

“We stressed playing for 32 minutes and we wanted to finish,” he added. “We’re learning each other and growing together.”

Leach had a double-double to lead Angola. She had 25 points, 11 rebounds and a blocked shot. She made 16 of 19 free throws. She was largely responsible for guarding leading Laker Bailey Hartsough, who only had four points on 2-of-8 shooting from the field before fouling out midway through the fourth quarter.

“Angola is really aggressive team offensively and defensively,” Lakers coach Dale Gearheart said. “They had a really quick start, but we battled to get back in it and didn’t lay down.”

Both teams return to NECC regular season action on the road on Tuesday. Lakeland travels to Churubusco while the Hornets go back to Westview.