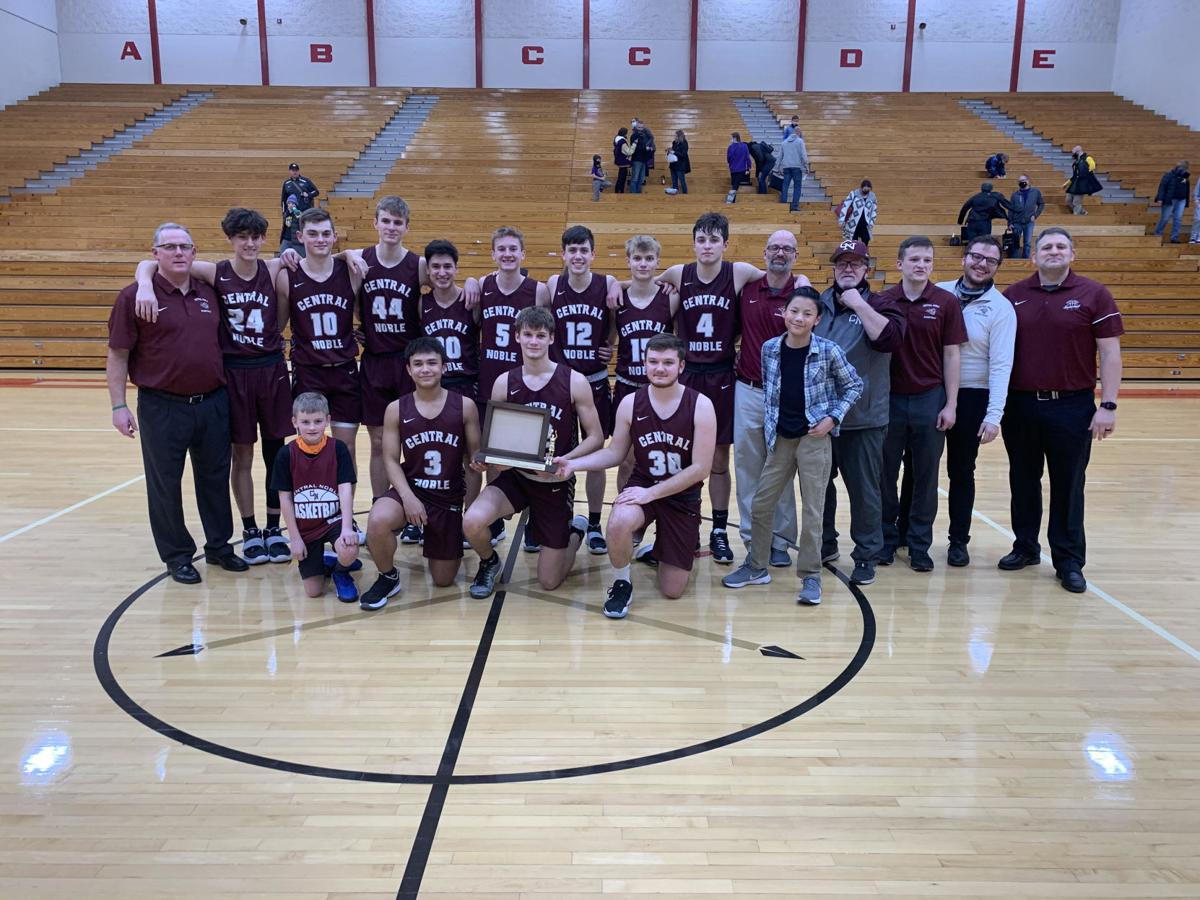 The Central Noble boys repeat as Northeast Corner Conference Tournament champions after their 61-41 win over Angola Saturday in Emma. 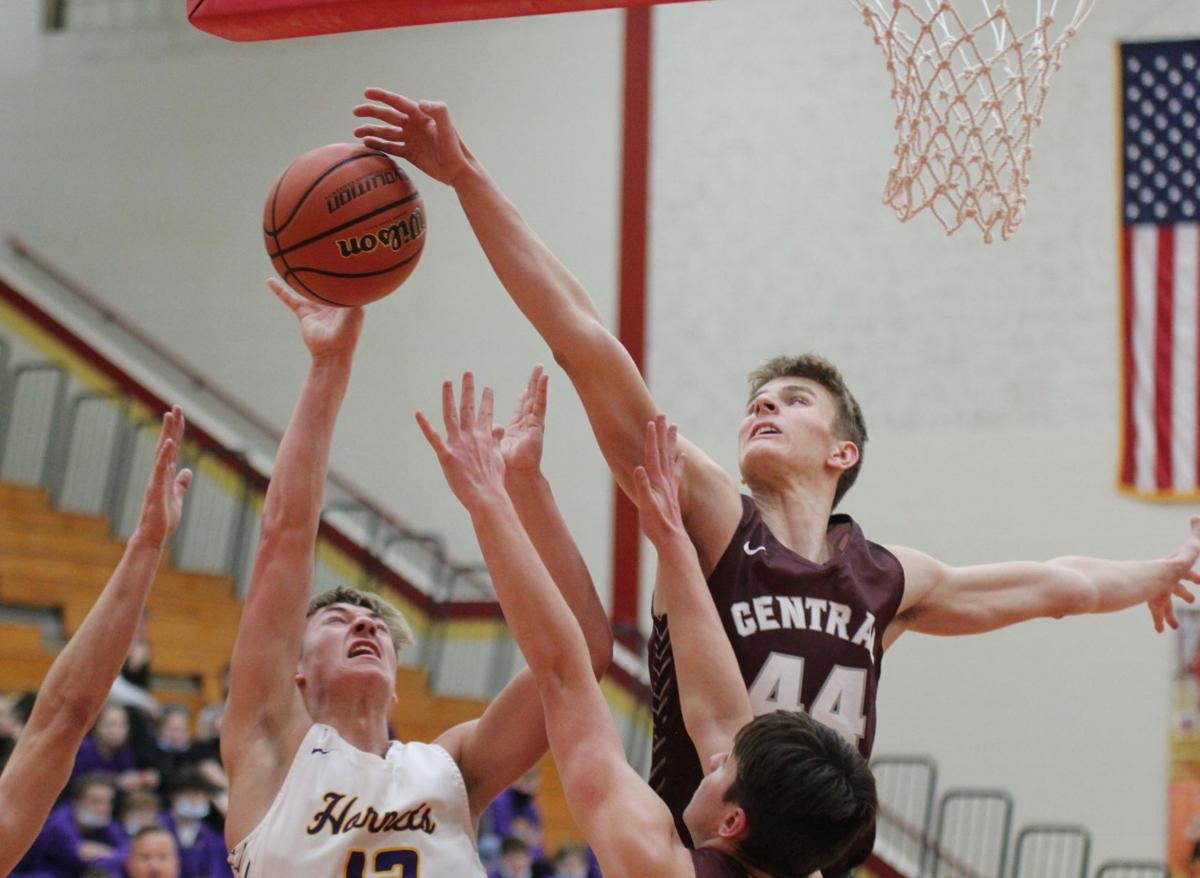 Central Noble’s Logan Gard, right, blocks a shot by Angola’s Joel Knox during the first half of a game earlier this season. 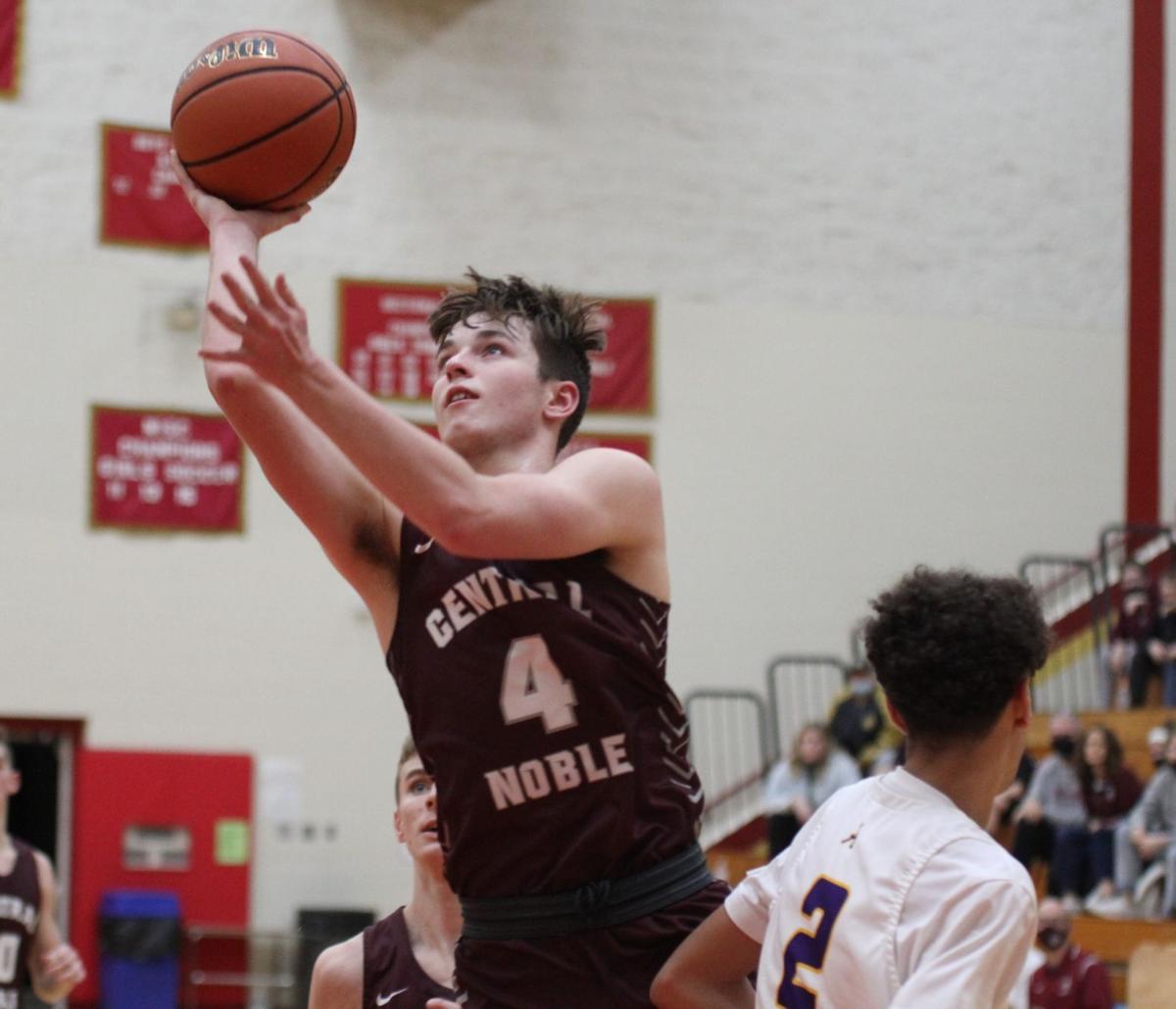 Central Noble’s Ryan Schroeder puts up a shot inside during the first half of the NECC Tournament championship game Saturday in Emma. 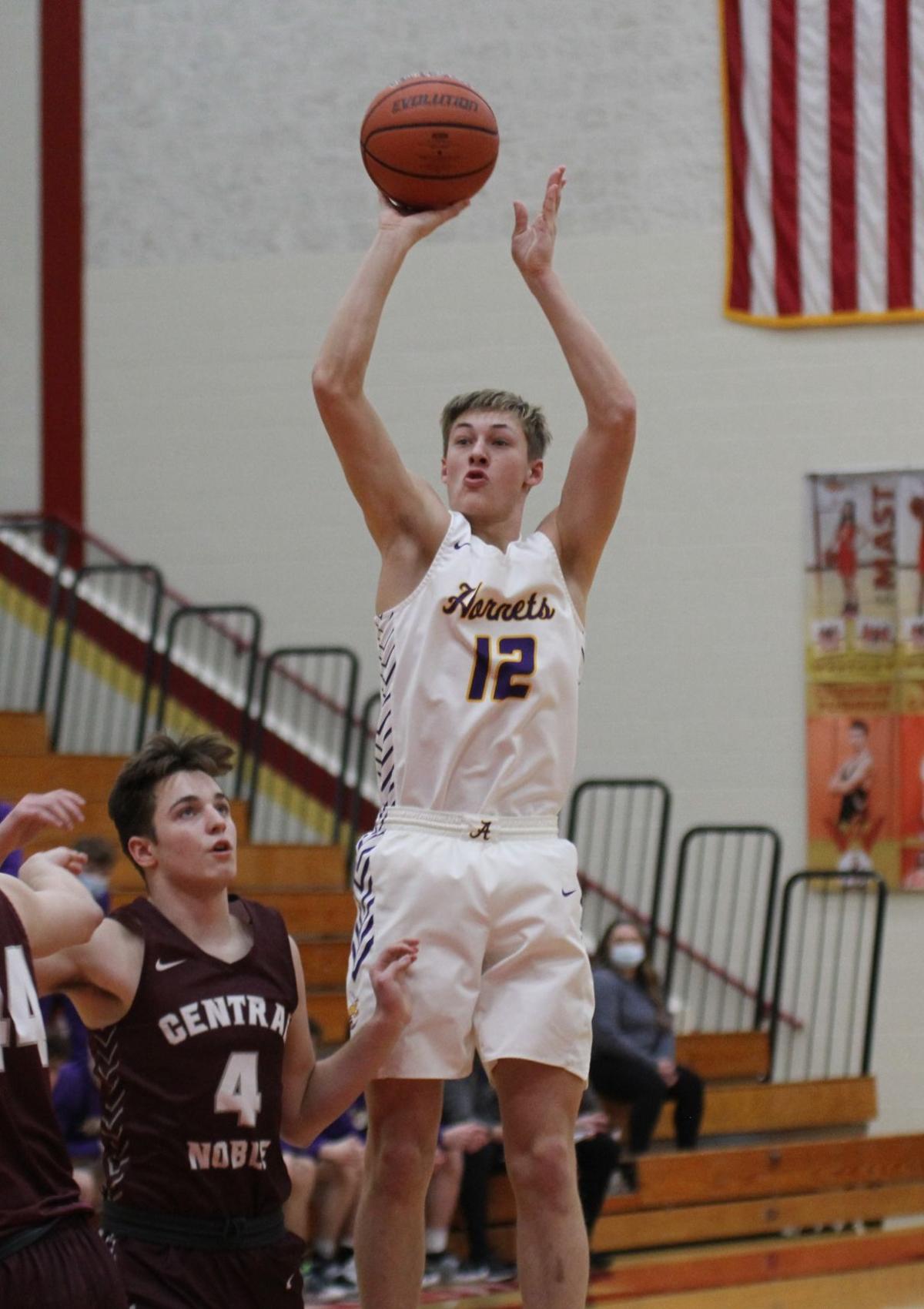 Angola's Joel Knox hoists a three-point shot in the first half of the NECC Tournament championship game Saturday in Emma.

The Central Noble boys repeat as Northeast Corner Conference Tournament champions after their 61-41 win over Angola Saturday in Emma.

Central Noble’s Logan Gard, right, blocks a shot by Angola’s Joel Knox during the first half of a game earlier this season.

Central Noble’s Ryan Schroeder puts up a shot inside during the first half of the NECC Tournament championship game Saturday in Emma.

Angola's Joel Knox hoists a three-point shot in the first half of the NECC Tournament championship game Saturday in Emma.

EMMA — Central Noble capped off a long week of winning basketball with another victory and some hardware to show for it.

The Cougars (13-1) pulled away from Angola (7-6) late in the third quarter and ended up beating the Hornets 61-41 to repeat as Northeast Corner Conference Tournament champions Saturday night.

Angola was led by Dylan Oberlin, who finished with 10 points, and Joel Knox, Brian Parrish and Giovanni Tagliaferri each had seven.

Central Noble jumped out to a quick 15-4 lead and looked like it was going to run away with the win early. Yoder scored the first two buckets, followed by a dunk from Gard and five straight points from Conner Lemmon, who’s two baskets were assisted by Essegian.

Then, Angola battled back with the shot-making ability of Parrish. He hit a three then a jumper from the elbow early in the second quarter to cut the lead to just two, 17-15.

A bucket by Tagliaferri gave the Hornets a 24-23 lead headed into halftime.

Essegian scored the last six points of the half for the Cougars, but the conversation in the Central Noble locker room at the break was not a pleasant one.

“It was just how we were playing. I thought in the first half we started off slow mentally. We weren’t there and didn’t come prepared. Our coach got on us in the locker room, and it put a fire beneath our butts,” Essegian said.

After an easy transition score from Tyler Call pushed the Angola lead to three, Gard threw home another dunk then put one back up off the glass to turn the tide for Central Noble.

Essegian converted a three-point play to give the Cougars the lead, which they wouldn’t give back the rest of the game.

Essegian buried a three then Yoder sank one to increase the to five. Central Noble scored the last eight points of the quarter, including six from Schroeder, who had a putback at the end of the period to make it 46-34 headed into the final stanza.

The Hornets cut the margin back to single digits once more after a transition basket from Oberlin, but the Cougars slowly increased their lead to as many as 22 and did so from the free-throw line. They were 9-of-11 from the stripe in the fourth quarter and 18-for-20 overall.

Knox and Parrish were held scoreless in the second half.

“We want to play championship level basketball. We just can’t make mistakes like we did tonight,” Angola coach Brandon Appleton said. “I think for two and a half quarters or so we showed we can play that style. We have six weeks to finish off the year. It’s up to the kids with how hard they want to work and what kind of sacrifices they want to make to make this six weeks, when we hopefully get to this moment again and how we finish that game.”

The last time Central Noble walked of the floor of the Warrior Dome, it was after a 60-54 loss to Westview and Bodey didn’t mince words afterwards.

The Cougars are tougher more than a month later and they have another trophy to prove it.

“It’s not letting anything come for granted. We came in at the beginning of the season and we knew we were considered one of the best teams in the area. We let that get to us, and so after we lost to Westview, it lit a fire under our butts like I said,” Essegian said. “It just made us push harder.”