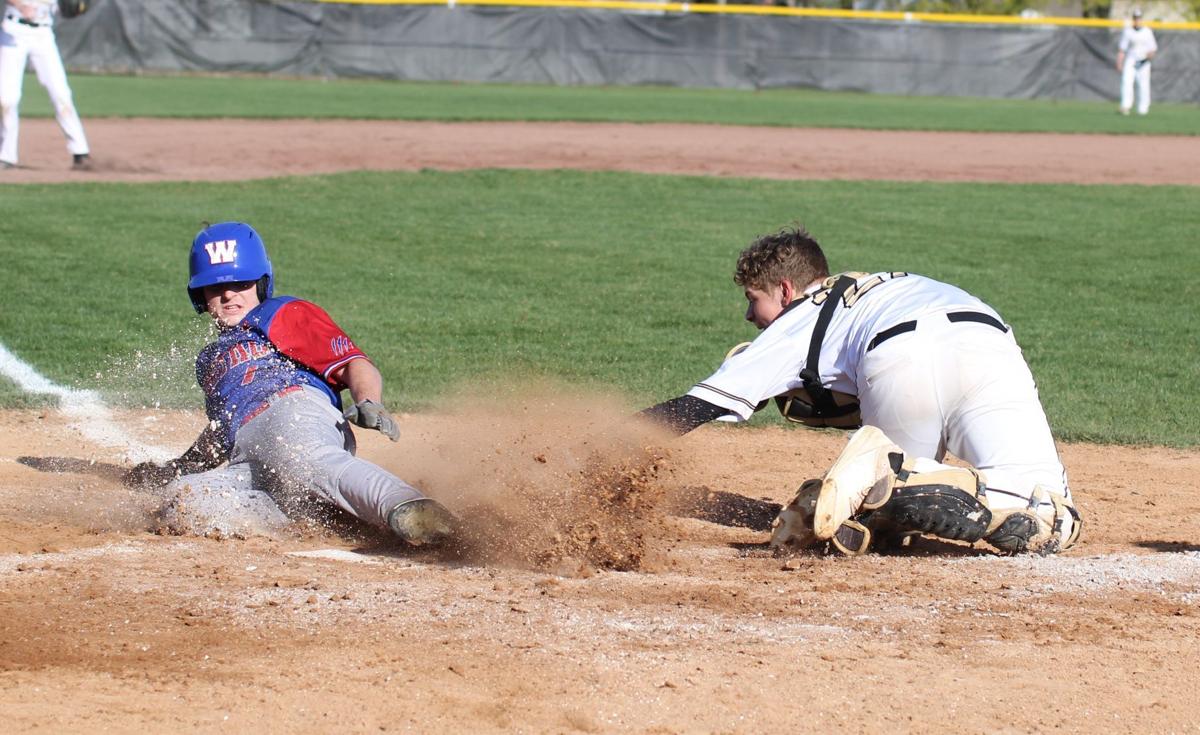 Whitko’s Evan Wilson slides into home while Churubusco catcher Keaton Blessing tries to tag him out during the top of the first of Friday’s game in Churubusco. Wilson was safe on the play. 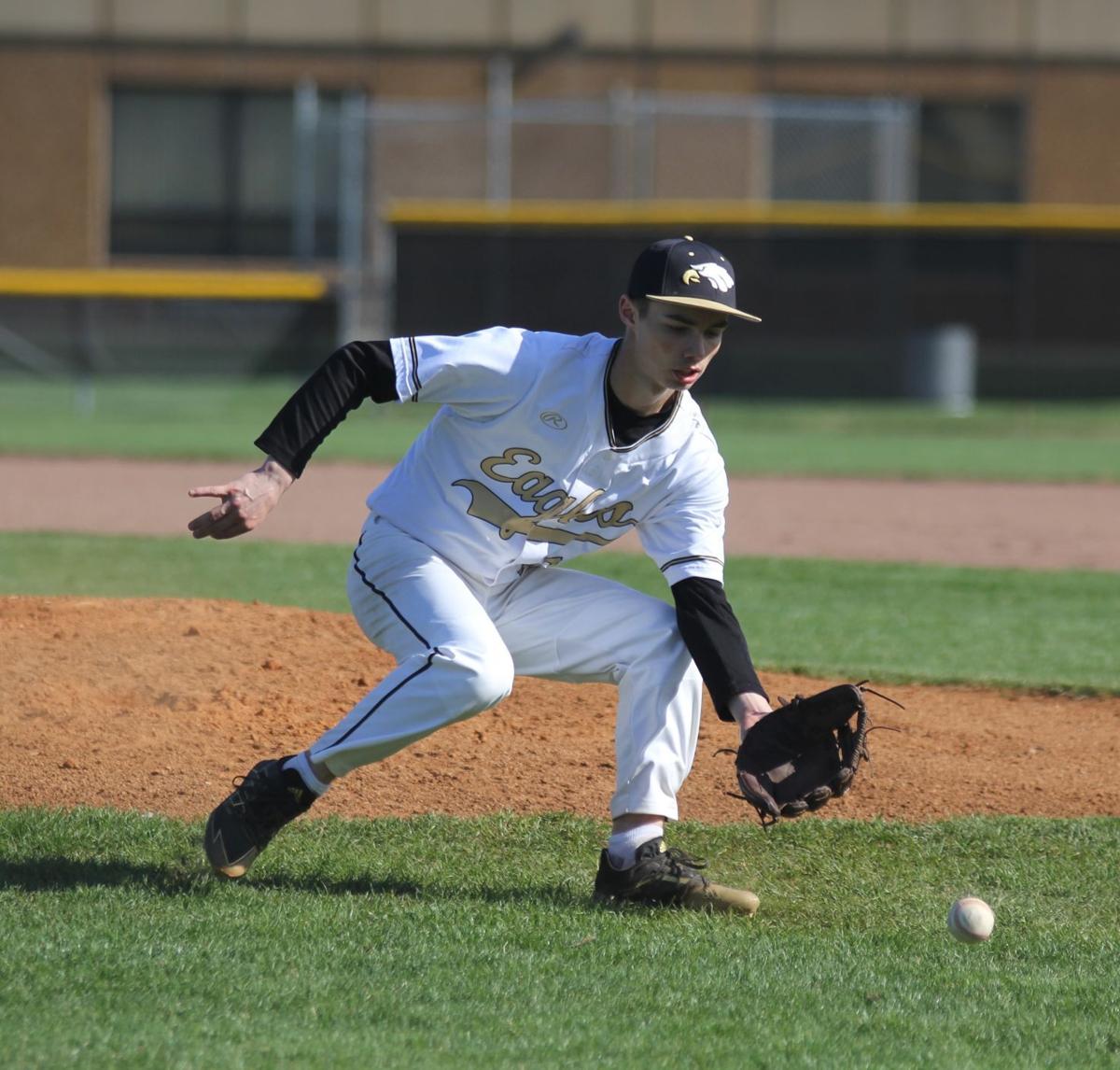 Churubusco pitcher Blake Bear fields a ground ball during the top of the 10th inning against Garrett Friday in Churubusco. The game against Garrett was a continuation of Thursday’s game that was suspended due to darkness.

Whitko’s Evan Wilson slides into home while Churubusco catcher Keaton Blessing tries to tag him out during the top of the first of Friday’s game in Churubusco. Wilson was safe on the play.

Churubusco pitcher Blake Bear fields a ground ball during the top of the 10th inning against Garrett Friday in Churubusco. The game against Garrett was a continuation of Thursday’s game that was suspended due to darkness.

CHURUBUSCO — Both Garrett and Churubusco were able to pick up wins on Friday.

The Railroaders beat the Eagles 13-8 in 10 innings in a game that was continued from Thursday night. The game was suspended due to darkness.

After Garrett won, Churubusco came back and dominated Whitko in a 19-5 victory in five innings.

Thursday’s game was paused in a very contentious spot. It was tied 8-8 in the bottom of the ninth inning and the Eagles had the bases loaded with two outs.

Gage Smith took the mound for Garrett on Friday and was able to escape the jam by striking out Churubusco’s Keenan Hendricks.

The Railroaders reached on a couple of errors and walks and scored two runs. After another mistake by the Eagles score one more run, Luke Holcomb singled to plate Blake Ratcliffe and Taylor DeLong and increase the lead to 13-8.

Smith finished the game strong by going three up, three down to end the game.

“They came prepared. My worry all day was one pitch with starting with the bases loaded,” Garrett coach Jason Richards said.

“Gage did a great job. He didn’t really know he was going to get the start, but it was good to see out of a senior.”

Trey Richards and Graham Kelham each had a double as one of their two hits in the win.

Evan Snyder had two hits for the Eagles.

After losing in a frustrating fashion, the Eagles took their frustrations out on Whitko, scoring at least one run each inning they batted.

“It was a good bounce back after the frustration of losing a conference game, especially in that situation and not being able to finish it in the ninth the night before, then coming back for one inning,” Churubusco coach Jordan Turner said.

The Wildcats scored four runs in the top of the first, and the Eagles answered with five runs in the second half of the inning.

After three Churubusco batters were hit by pitches, Hendricks scored two of them with a single to center. Charles Spring and Keaton Blessing both followed with singles that scored runs.

In the bottom of the third, the Eagles sent 14 batters to the plate and scored 10 runs.

Blake Bear, who threw the final inning of the first game, tossed five innings in the second and allowed four earned runs on five hits with three strikeouts and a walk.

“Great effort from him to bounce back after the not very successful Garrett outing. He saved our pitching. He threw a lot of pitches today, but helped us save the rest of our bullpen,” Turner said.