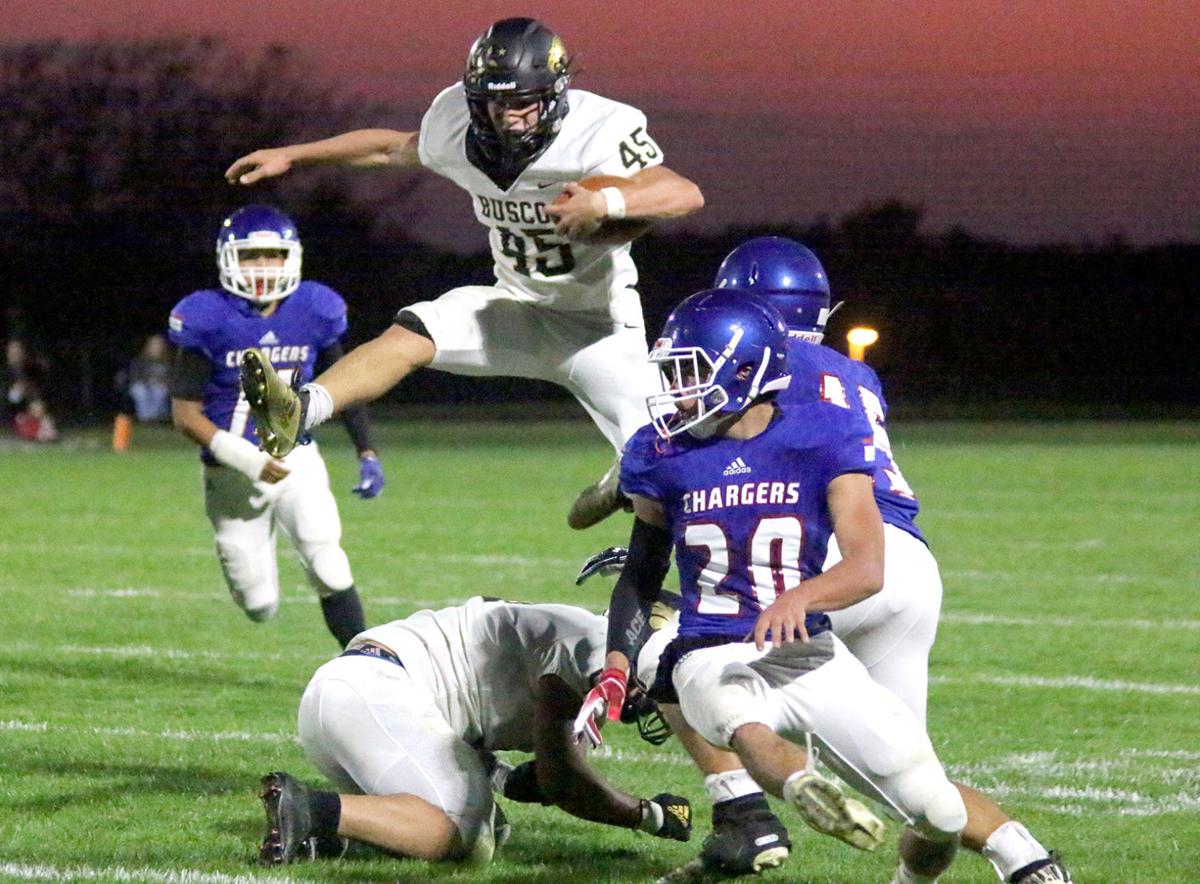 Churubusco junior Nick Nondorf hurdles a teammate as he picks up positive yards in the second quarter of Friday night’s game against West Noble. 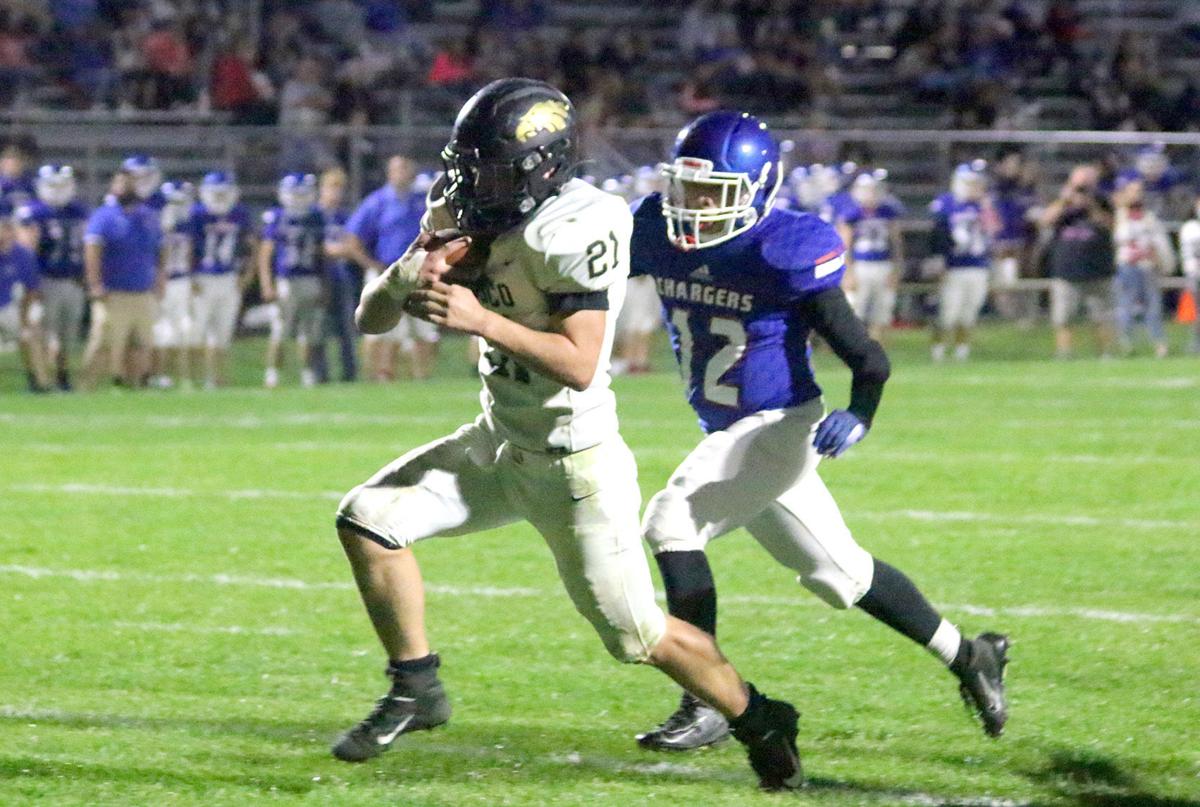 Churubusco sophomore Wyatt Marks picks up the Eagles’ first touchdown of the game at the 4:07 mark of the second quarter on a 9-yard run.

Churubusco junior Nick Nondorf hurdles a teammate as he picks up positive yards in the second quarter of Friday night’s game against West Noble.

Churubusco sophomore Wyatt Marks picks up the Eagles’ first touchdown of the game at the 4:07 mark of the second quarter on a 9-yard run.

The Eagles’ defense did just that, holding Taylor to 43 rushing yards and holding the Charger defense to under 100 yards for the game.

The defense also stepped up big, keeping the Charger offense out of the end zone.

The Eagles used their defense to pick up a 29-6 win and will look to end the season on a high note next week against Fairfield.

Churubusco Head Coach Paul Sade said they keyed on Taylor throughout the game.

“We haven’t played, and it showed early. We played good enough to win.”

After one quarter the scoreboard read 0-0.

The Chargers’ lone touchdown came at the 11:25 mark of the second quarter when the Eagles’ sophomore quarterback, Riley Buroff, threw an errant pass that was picked off by Kolby Knox of West Noble.

Knox took the ball 53 yards for the touchdown, the Chargers’ only points of the game.

The interception was Knox’s first of the season.

The Eagles got on the board at the 7:43 mark of the second quarter when Hunter Bianski tackled Chargers’ QB Drew Yates in the end zone for two points.

Three minutes later, sophomore Wyatt Marks picked up his first of two touchdowns on the night on a 9-yard run.

He later scored in the third quarter on a 28-yard run. He ended the game with 138 rushing yards on 23 carries to lead the Eagles.

Junior Nick Nondorf picked up the third offensive touchdown at the 8:37 mark of the third quarter on a 28-yard run.

The Eagles’ final touchdown came when Cullen Blake pulled in an interception and took the ball 30 yards.

The Eagles rushed for 282 yards and Buroff had 109 passing yards.

Eagles’ coach Sade said his team is going to have to be ready for next week’s game against the Falcons.

“It will probably be the toughest game we have played all year,” he said.

“They are playing some of the best football right now.”

Eastside leads the small division with a 7-1 overall record and 3-0 in the NECC.

Churubusco is two games behind after missing games earlier this season, sporting a 4-2 overall record and 1-1 in the NECC to sit third in the Small Division behind second-place Central Noble.

Fremont is fourth in the division at 2-3 overall and 0-1 in NECC play, and Prairie Heights is in last with an 0-8 overall record and 0-3 in Northeast Corner Conference play.