Get Started
You are the owner of this article.
Edit Article Add New Article
You have permission to edit this article.
Edit
Home
Newspapers
E-editions
News
Business
Sports
Elections
Opinion
Obituaries
Features
Legals
Buy and Sell
Events
Advertise
Submit News
Share This
1 of 8 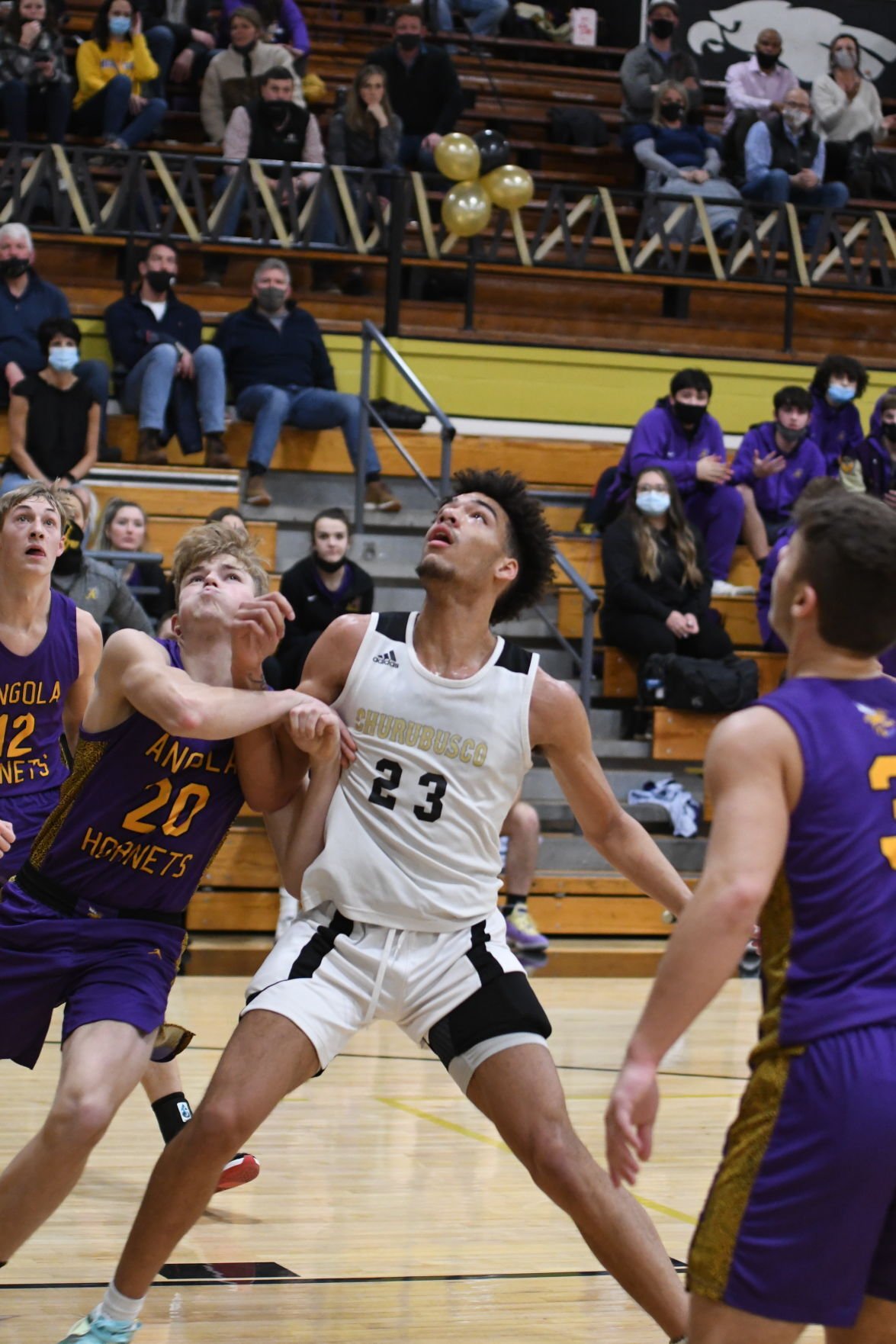 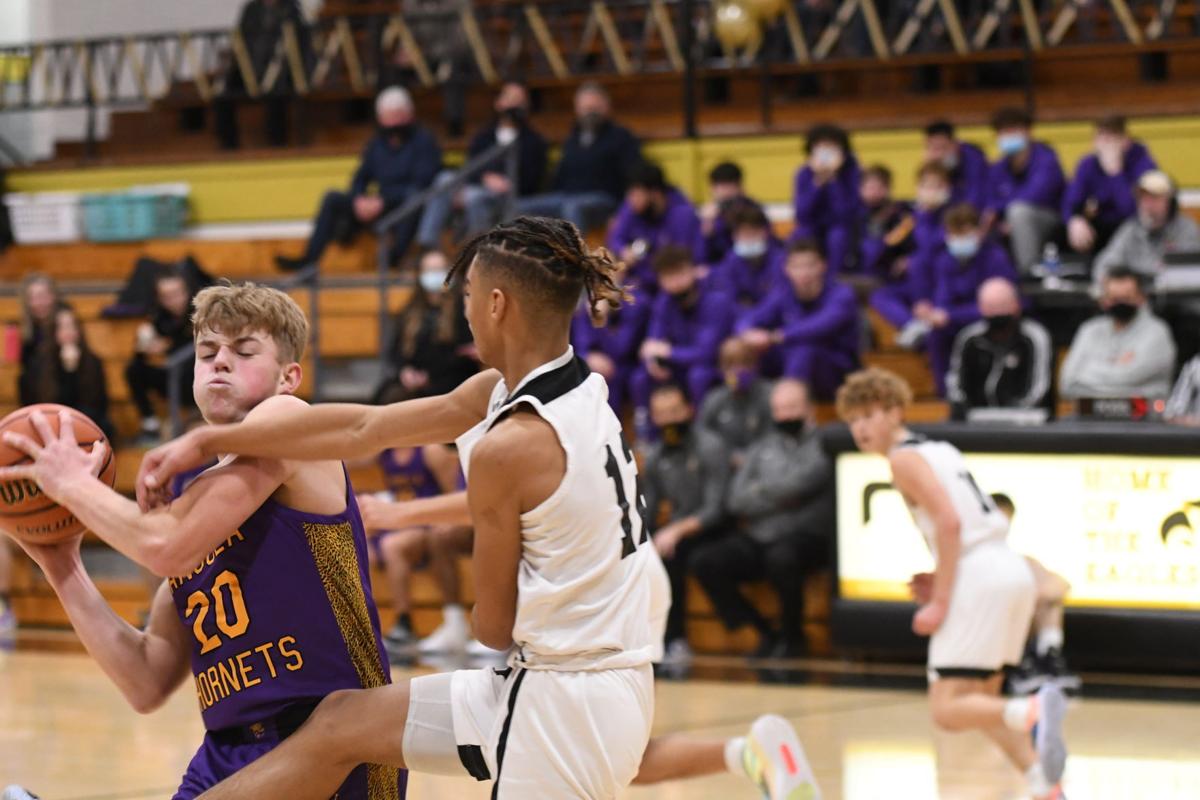 Churubusco’s Ayden White attempts to smack the ball away from Angola’s Dylan Oberlin. 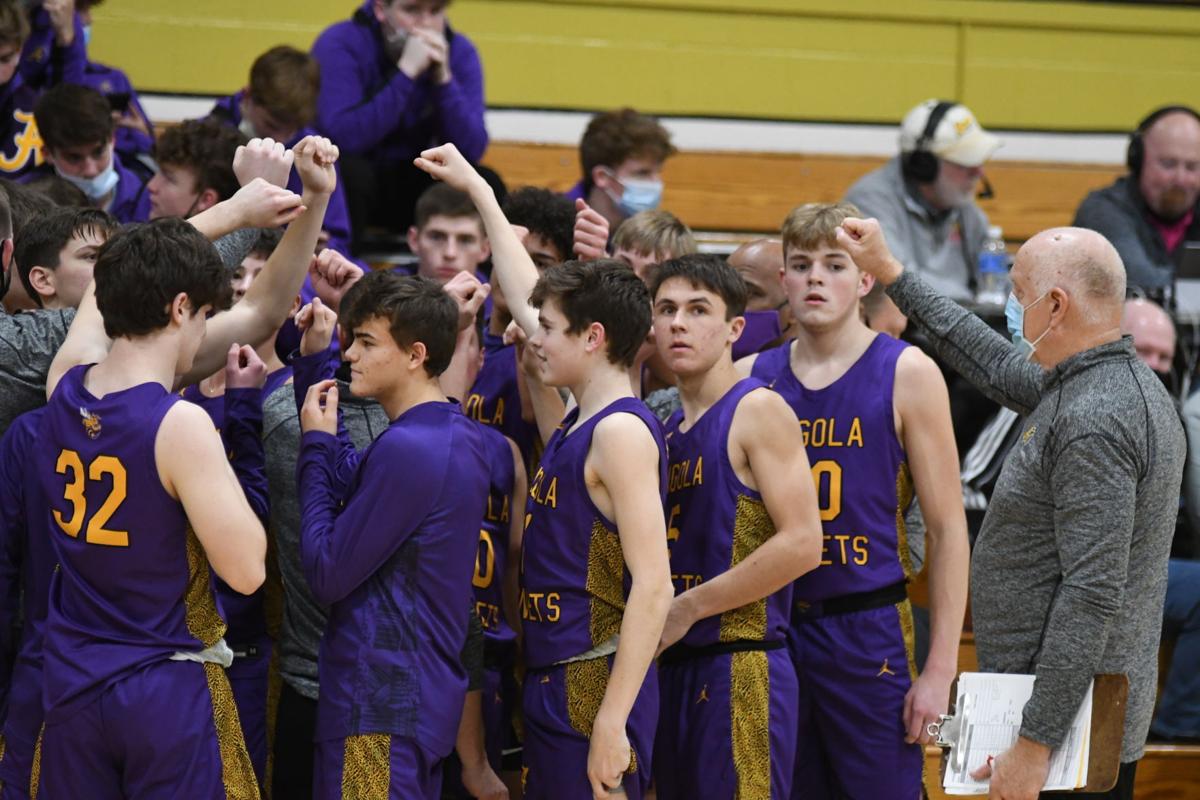 Angola's team huddles up for a timeout. 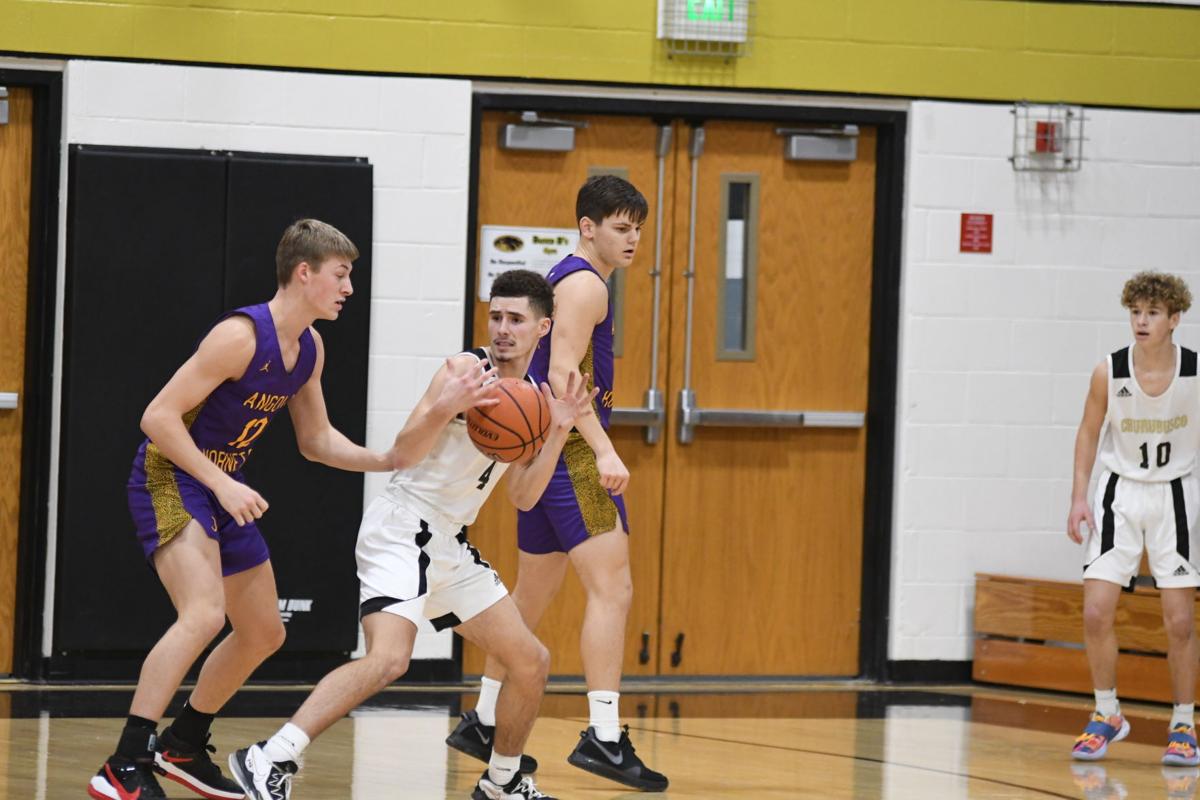 Jackson Paul grabs the ball and makes a move on Angola’s Joel Knox. 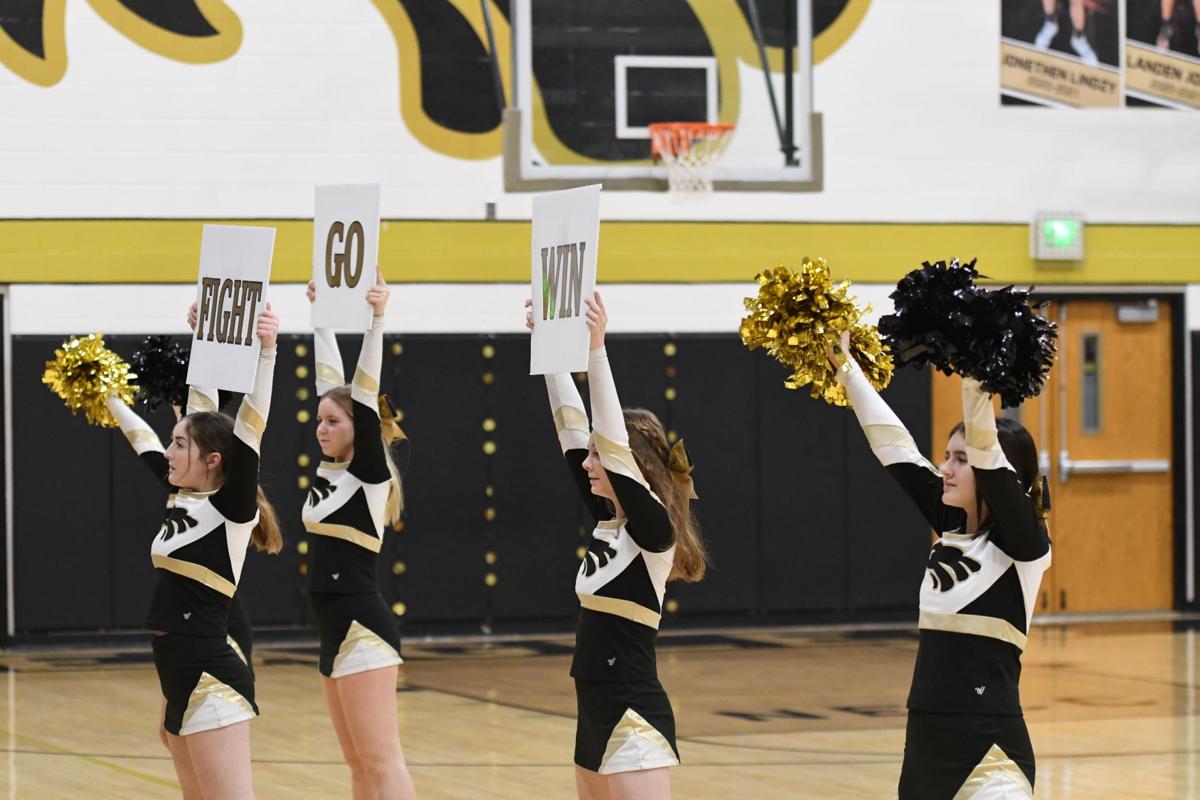 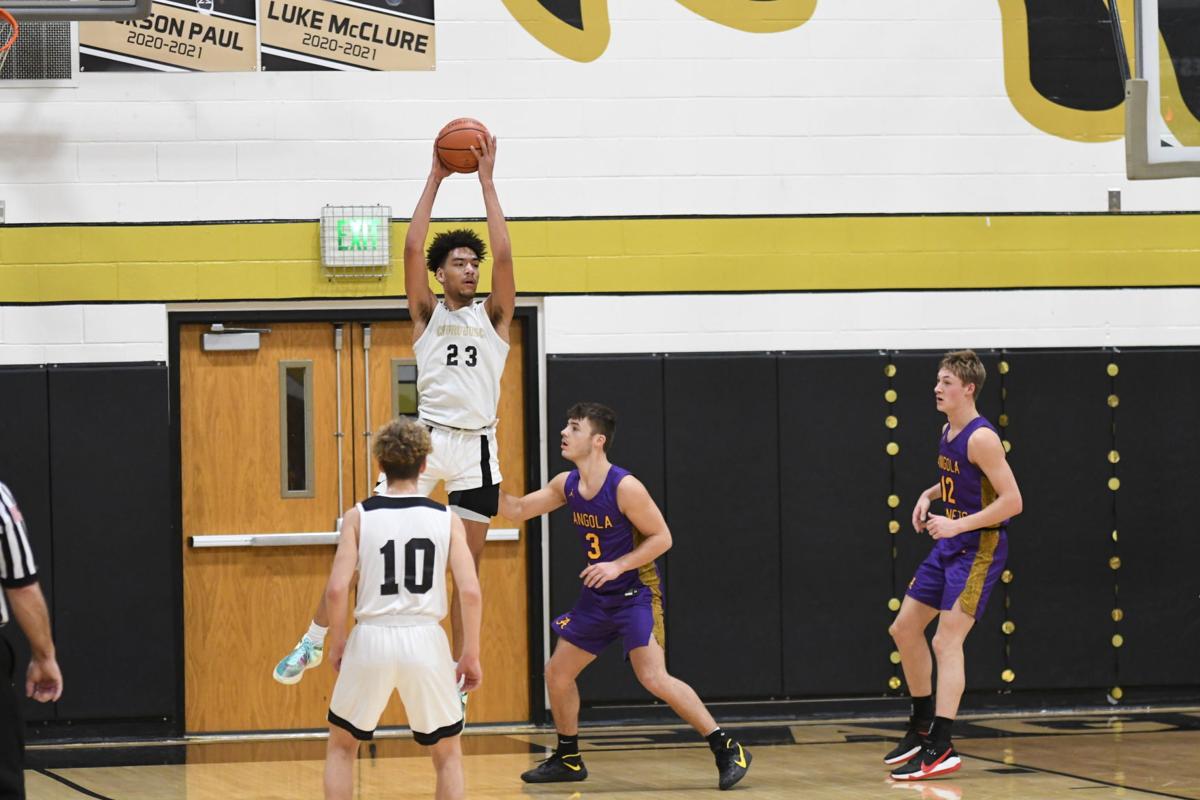 Landen Jordan pulls down a rebound. 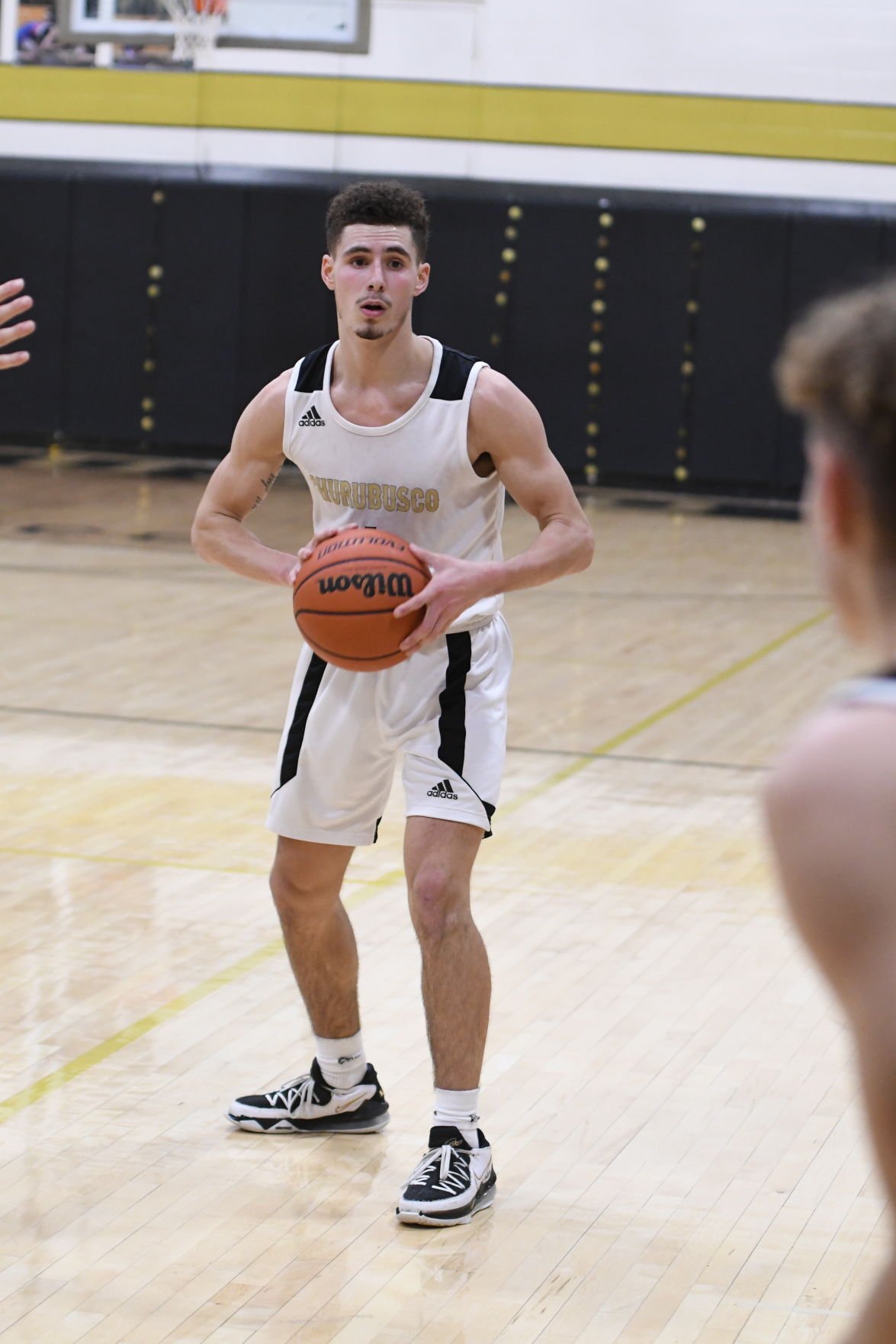 Jackson Paul makes a pass during a game this season. 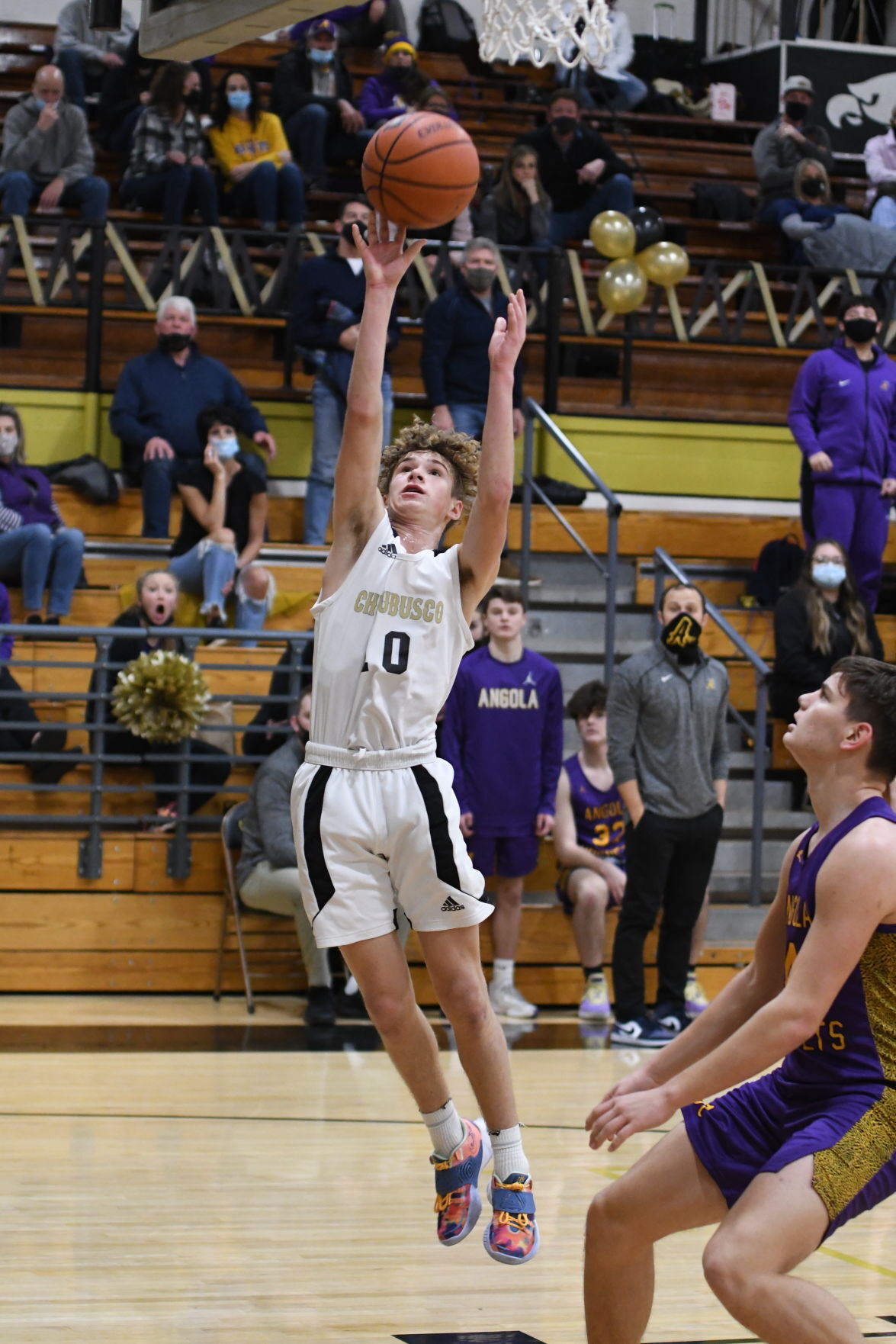 Drew Pliett goes up for a fast-break layup.

Churubusco’s Ayden White attempts to smack the ball away from Angola’s Dylan Oberlin.

Angola's team huddles up for a timeout.

Jackson Paul grabs the ball and makes a move on Angola’s Joel Knox.

Landen Jordan pulls down a rebound.

Jackson Paul makes a pass during a game this season.

Drew Pliett goes up for a fast-break layup.

CHURUBUSCO — Churubusco’s boys basketball team put Angola in an early hole that was too deep to climb out of, picking up a 72-53 Northeast Corner Conference win in game two of the varsity doubleheader on Friday.

The Eagles came out on a rampage, running up a 19-0 lead and holding Angola scoreless for the first seven minutes of the game.

Churubusco scored many of those points from steals in the fast-paced quarter, which included seven points from Luke McClure and nine from Jackson Paul.

Angola finally got on the board with 47.8 seconds left in the first with a free throw by DeVonte Dickerson, followed by a field goal by Joel Knox to end the first quarter with a 19-3 score.

The teams played a more even second quarter, as the Eagles outscored Angola just 17-16.

Hornets Giovanni Tagliaferri and Dylan Oberlin helped spark Angola’s offense, as Tagliaferri hit on a pair of 3-pointers and the two combined for 14 points. Oberlin ended the half with a bucket at the buzzer, making the score 34-19.

Angola briefly knocked the Eagles on their heals to start the third quarter, as Oberlin and Tagliaferri scored five unanswered points and Churubusco’s offense was shut down for the first two minutes of the half.

Paul broke that silence with a 3-pointer, followed by a basket by Jordan to get the Eagles going.

It was the Oberlin and Jordan show in the third, as Oberlin scored 13 for the Hornets and Jordan put up 11 for the Eagles.

The only other Angola points in the third came from a pair of free throws by Tagliaferri, while the Eagles saw 3-pointers from Paul and Drew Pliett to end the quarter by gaining another two points on Angola, 51-34.

The Eagles used four different scorers in the fourth, including Jordan with nine, Paul with eight, Ayden White with three and a free throw from McClure to end the game with the 72-53 score.

Oberlin led Angola with 22 points, followed by Tagliaferri with 15.

Jordan and Paul combined for 50 of the Eagles’ points with 26 and 24, respectively.

The Eagles improve to 9-2 and Angola drops to 7-8. The Hornets are back in action at Hamilton on Jan. 29 and Churubusco hosts Snider on Tuesday.