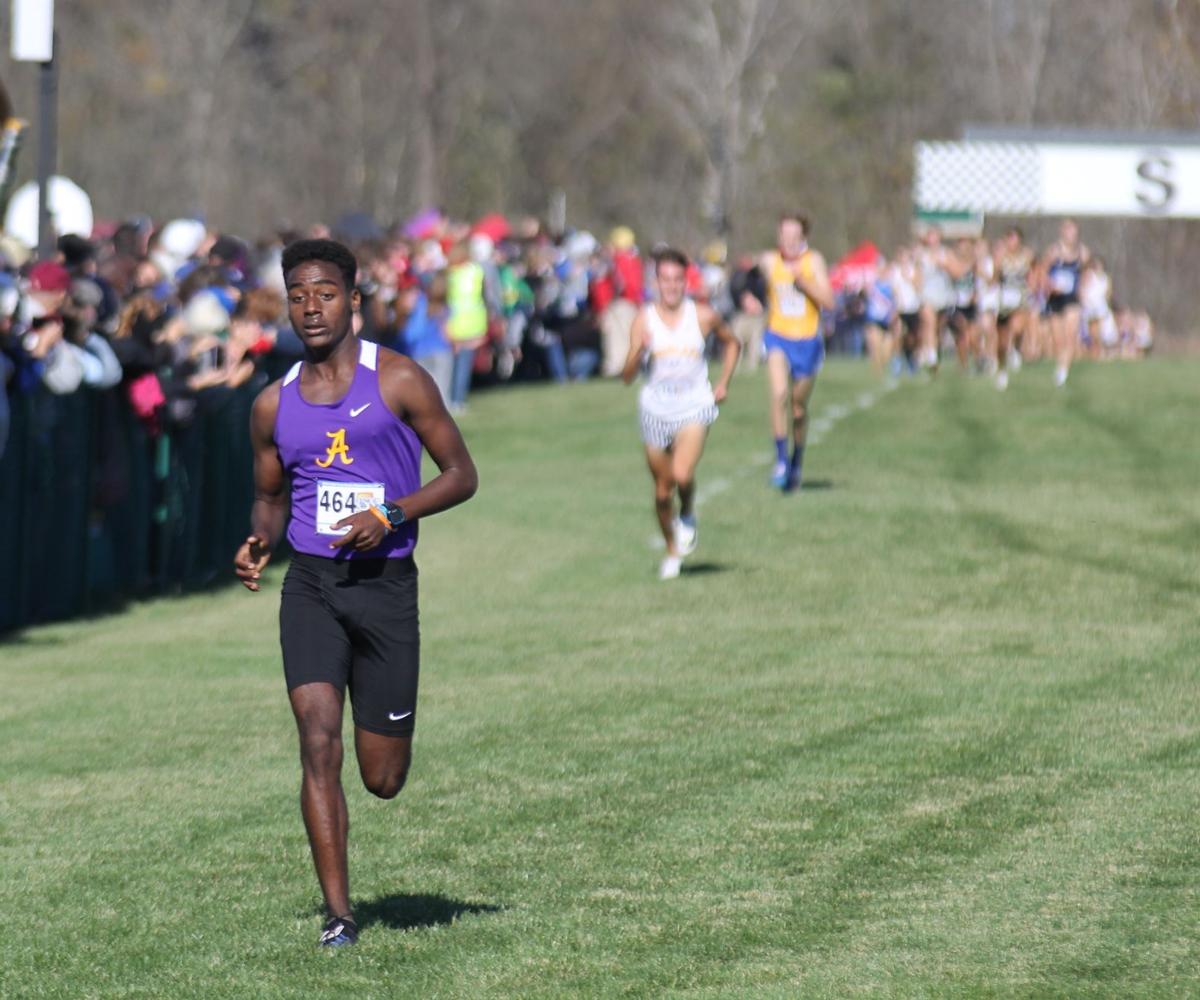 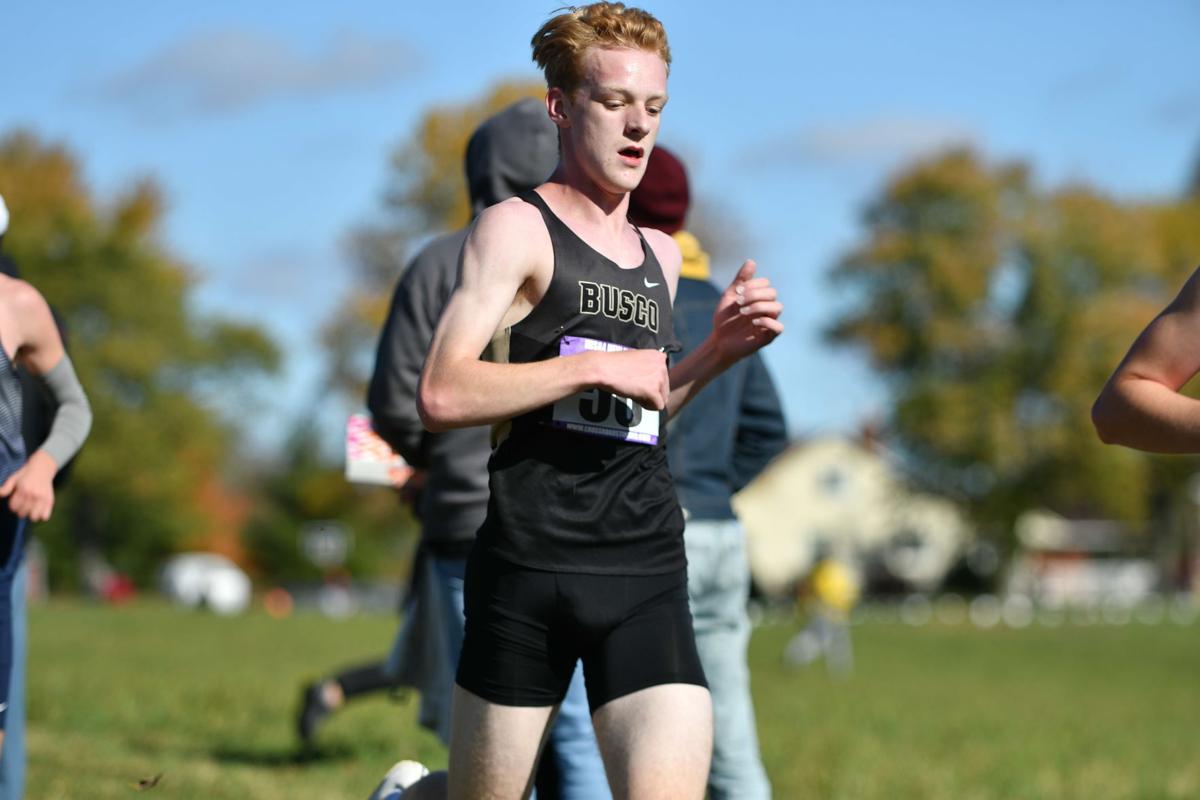 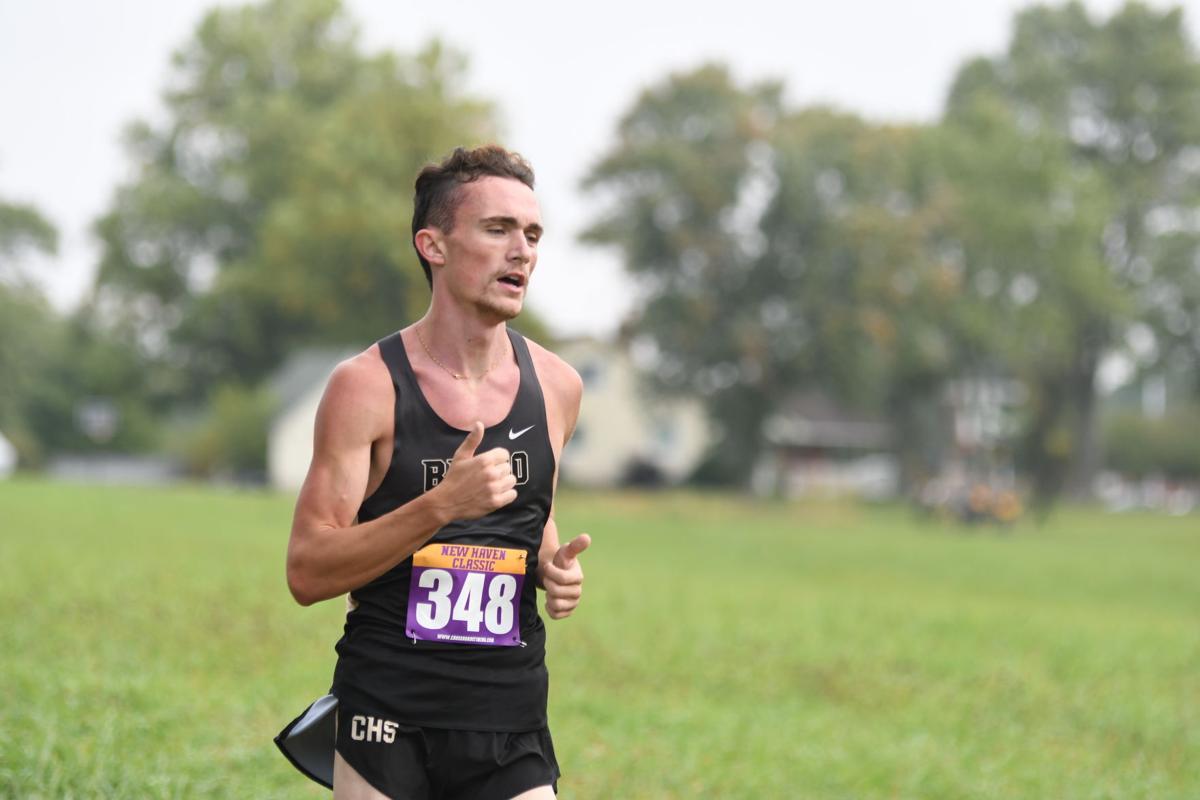 Churubusco’s Levi Skinner was recognized by KPC Media for his cross country performance this season.

Churubusco’s Levi Skinner was recognized by KPC Media for his cross country performance this season.

One runner against a field of dozens, or even a couple of hundred from time to time.

Someone better often comes along, or training has you tired and not at your peak, or health is an issue.

That someone better was always Izaiah Steury. Even when meets were training runs, he beat the field every time. Among numerous blessings on his amazing life journey from Ethiopia to northeast Indiana, he was blessed with good health this fall in achieving the perfect season, capped off by being the first Hornet to win an individual cross country state championship.

Steury won all 12 races he participated in this past season, from DeKalb’s 4-Kilometer Invitational on Aug. 18 to the Indiana High School Athletic Association State Finals in a time of 15 minutes, 23.7 seconds on the LaVern Gibson Championship Course in Terre Haute on Halloween afternoon.

Steury headlines the 31st annual KPC Media Group Boys Cross Country Team by being the Prep of the Year for the second straight season.

Steury kept going in the postseason. He repeated as NECC Championship Meet champion on Oct. 3 and as West Noble Sectional individual champion on Oct. 10. He then took first in the West Noble Regional on Oct. 17 and the New Haven Semi-State at Huntington University on Oct. 24 before making history in Terre Haute.

In the KPC Media Group coverage area, Steury is the sixth individual overall and the third boy to win a high school cross country state championship. He is also the third area prep harrier to win a state title on a 5K course.

Only Steury and DeKalb’s Tyler Schwartz finished first at state on the 5K LaVern Gibson Championship Course among area harriers. Schwartz won her title in 2016.

The other girls to win state cross country titles did that on 4K courses, East Noble’s Amy Yoder in 1994 at Southeastway Park and Westview’s Nicole Williams in 1997 at Indiana University in Bloomington.

The area Coach of the Year helped Steury become one of the top prep distance runners in the country and got the most out of a variety of other Hornet boys. Veteran coach Brad Peterson receives the KPC coaching honor for boys cross country.

Angola had upperclassmen who made big improvements in time along with Steury and some competitive underclassmen to be the most improved team in the area on the boys’ side. The Hornets, who only have one senior on the roster in Alex Kincannon, won the NECC Super Dual and was second to Westview in both the NECC Championships and the West Noble Sectional. Angola was sixth in the sectional and fifth in the NECC Meet in 2019.

The Hornets were seventh in the 2020 West Noble Regional and 45 points behind Westview, who placed fifth for the final semi-state qualifying position.

Peterson is the third coach in Indiana state history to coach three individual state champions in cross country. Along with Steury, Peterson also coached a couple of Concordia Cadets to state titles in consecutive seasons, Alissa McKaig in 2003 and Adele Mitchell in 2004.

Peterson calls Burney the heart and soul of the Hornets. Burney took over seven minutes off his times in two years. He was ninth in the NECC Super Dual and 20th in the West Noble Sectional.

Kincannon is another Hornet upperclassman who made major improvements to be a key contributor this past season. He was sixth in the NECC Super Dual and 24th in the West Noble Sectional.

Carpenter reached the podium at the IHSAA State Finals with a 20th-place finish in 16:03. He was fourth at semi-state and was runner-up in the regional, West Noble Sectional and both NECC meets.

Spencer’s twin brother also finished his prep cross country career in the state finals. Remington finished 93rd in Terre Haute in 16:52. He was third in the West Noble Sectional and both NECC meets, fifth in the regional and seventh in the semi-state.

Sanchez was 32nd in the regional and that helped the Warriors be the lone team in the area to qualify for the semi-state at Huntington. He was eighth in the West Noble Sectional and was ninth in the NECC Championships.

Cupp was a key contributor throughout the regular season, then did real well in the NECC Championships with a 15th-place finish.

McIntire did well in the regional to end his career as a prep harrier, placing 28th in 17:15 at West Noble to lead the Barons. He was an All-Northeast 8 Conference honorable mention.

Hefty led the Barons in the West Noble Sectional with an 11th-place finish and was the team’s No. 2 runner at regional in 42nd place at 17:38.

Haupert helped keep the pack tight in the NE8 Meet and the West Noble Sectional. DeKalb’s top five runners had pack times of 11 seconds in the conference meet and 30 seconds in the sectional, where Haupert was 12th in 17:54.

This All-NE8 honorable mention was always reliable this fall. He was 19th in the West Noble Sectional and 20th in the NE8 Meet.

This All-NE8 honorable mention was 50th in the regional, 16th at sectional and 21st in the conference race.

Flora was one of the area’s young stars. He was not too far off a state finals berth with his 33rd-place semi-state finish in 16:35.1. He was 11th in the regional and fourth in the sectional and both NECC meets on his home course in Ligonier.

Running for his dad, Charger coach Mike Flora, and running with his brother Grant, Isaac did quite well for himself in 2020, too. On his home course, Isaac was seventh in the sectional and 10th in the NECC Super Dual.

A solid season was capped off by a 53rd-place finish in the semi-state at Huntington University in 16:53.9. Lantz was fifth in the NECC Championships, fifth in the West Noble Sectional and 22nd in the regional.

Skinner was one of four Eagle boys to qualify for regional. He was 10th in the NECC postseason meet and 15th in the West Noble Sectional.

Potts ran at semi-state and was a Second Team All-NE8 harrier. He was 25th in the regional and 10th in the West Noble Sectional.

Sillaway led the Knights in the NE8 Meet with a 12th-place finish in 16:45 at Huntington. He was EN’s No. 2 runner before a strained calf muscle suffered in the conference meet derailed his postseason.

McMain kept his focus high and qualified for semi-state despite missing four meets due to COVID-19 contact tracing. He was 26th in the West Noble Regional, 23rd in the Northrop Sectional and sixth in the NECC postseason meet.

Lower ended a solid high school cross country career 60th in the regional. He was 13th in both the West Noble Sectional and NECC Championships and eighth in the NECC Super Dual.