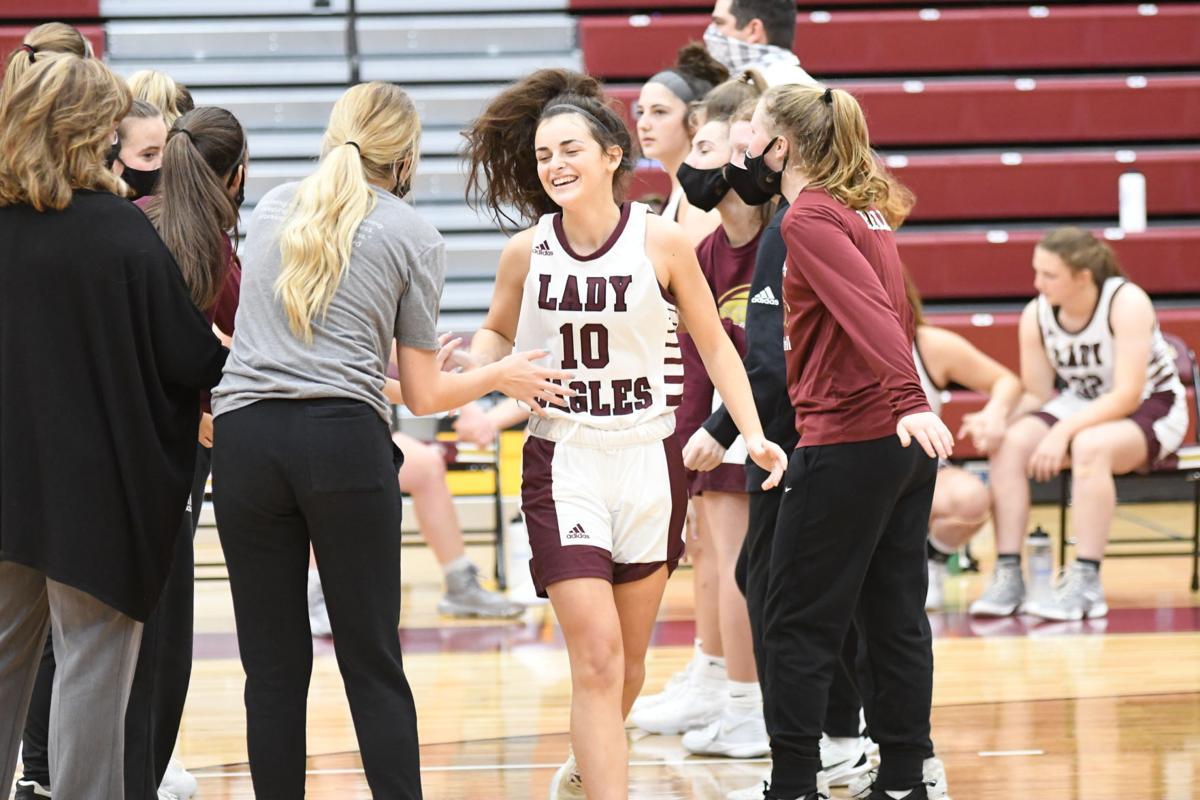 The announcer called Anna Schrader’s name before the game. 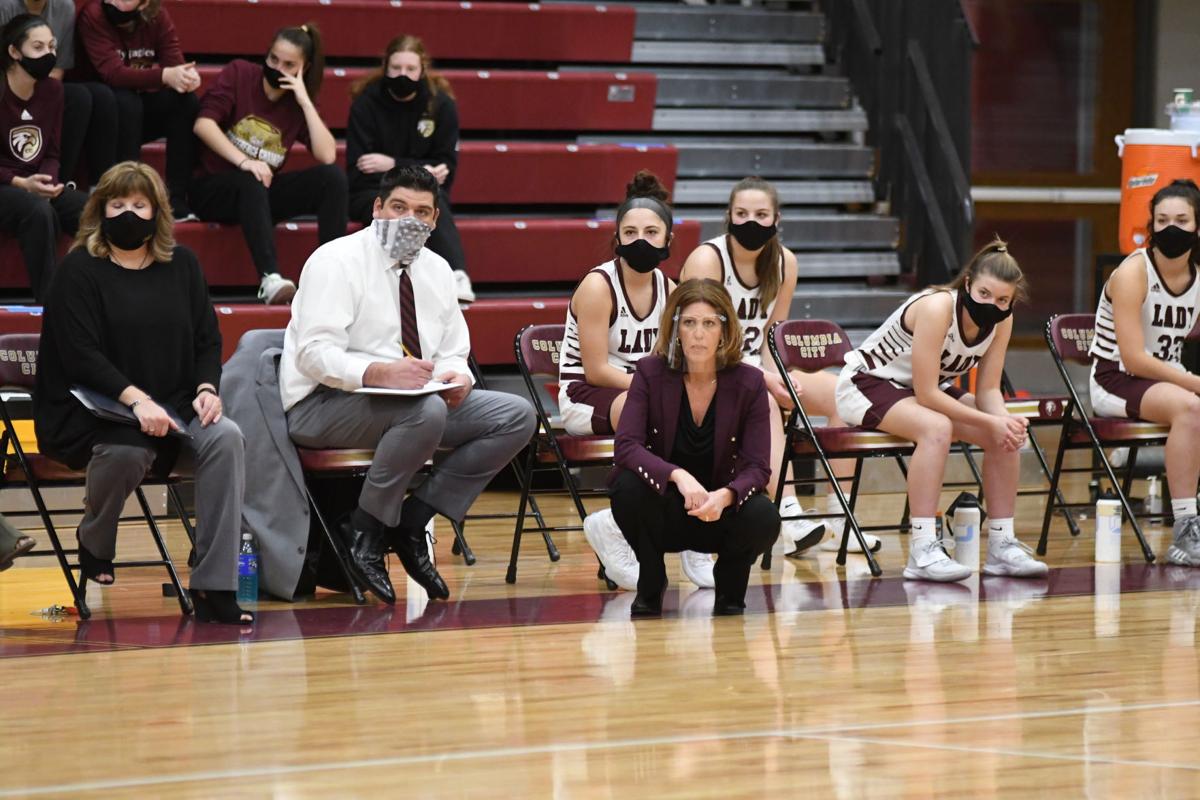 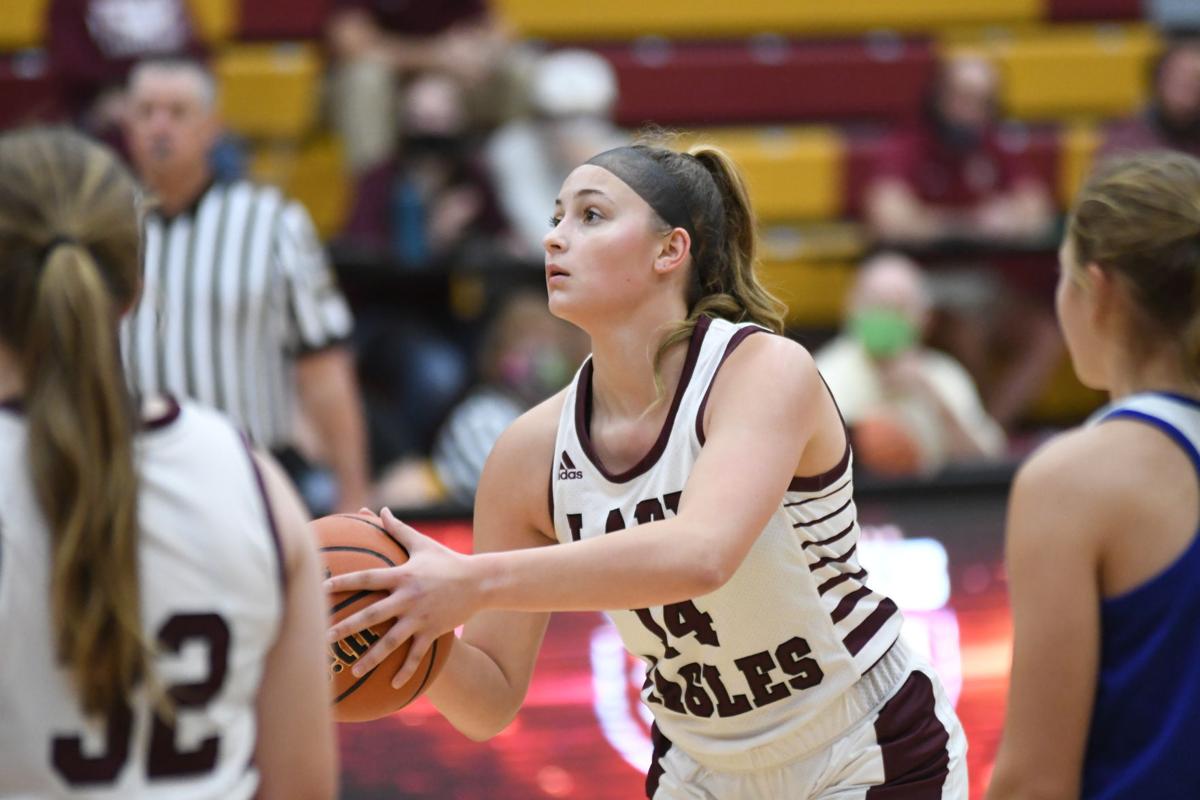 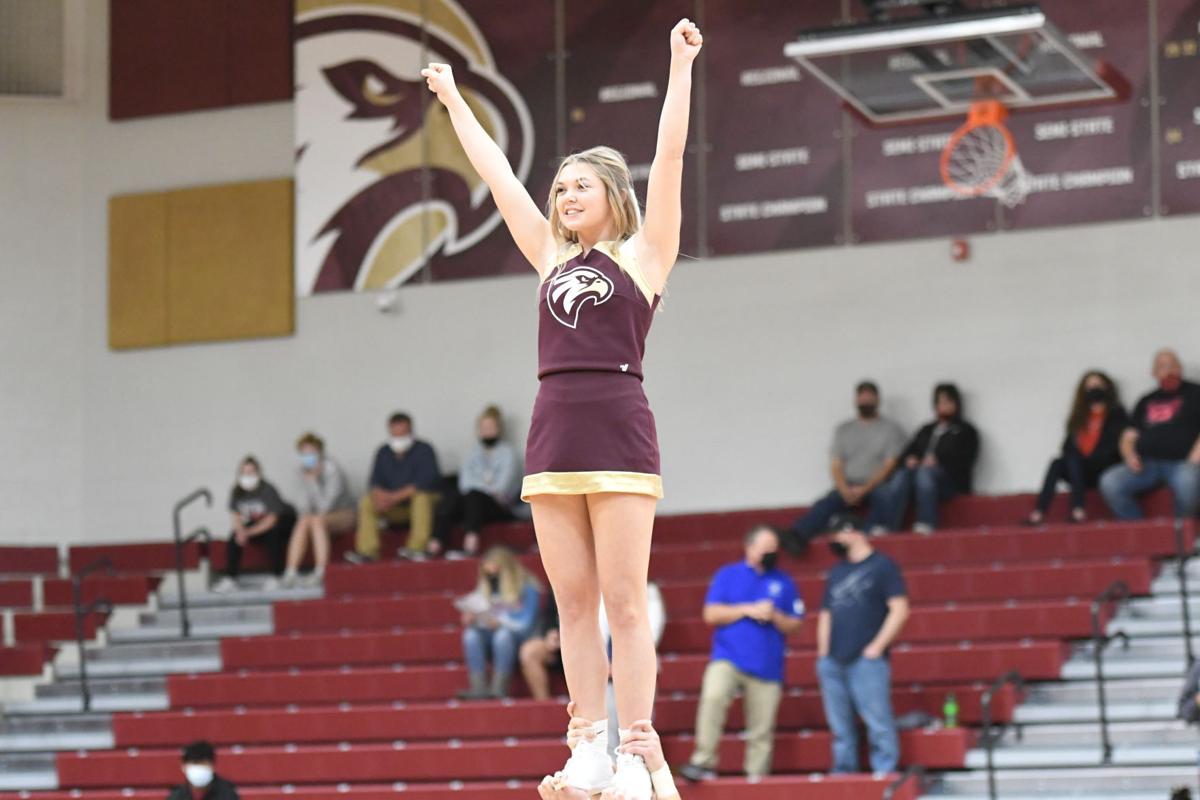 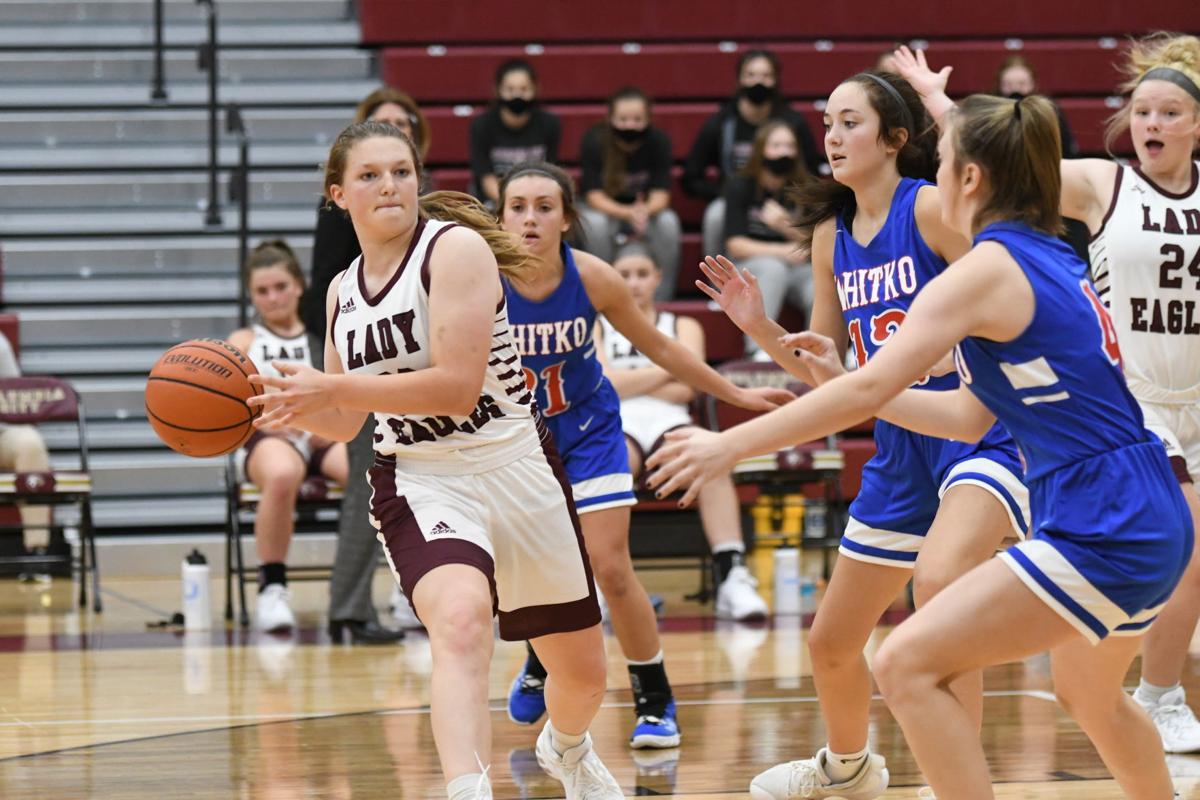 Brooke Lickey steps around a Whitko defender to make a pass. 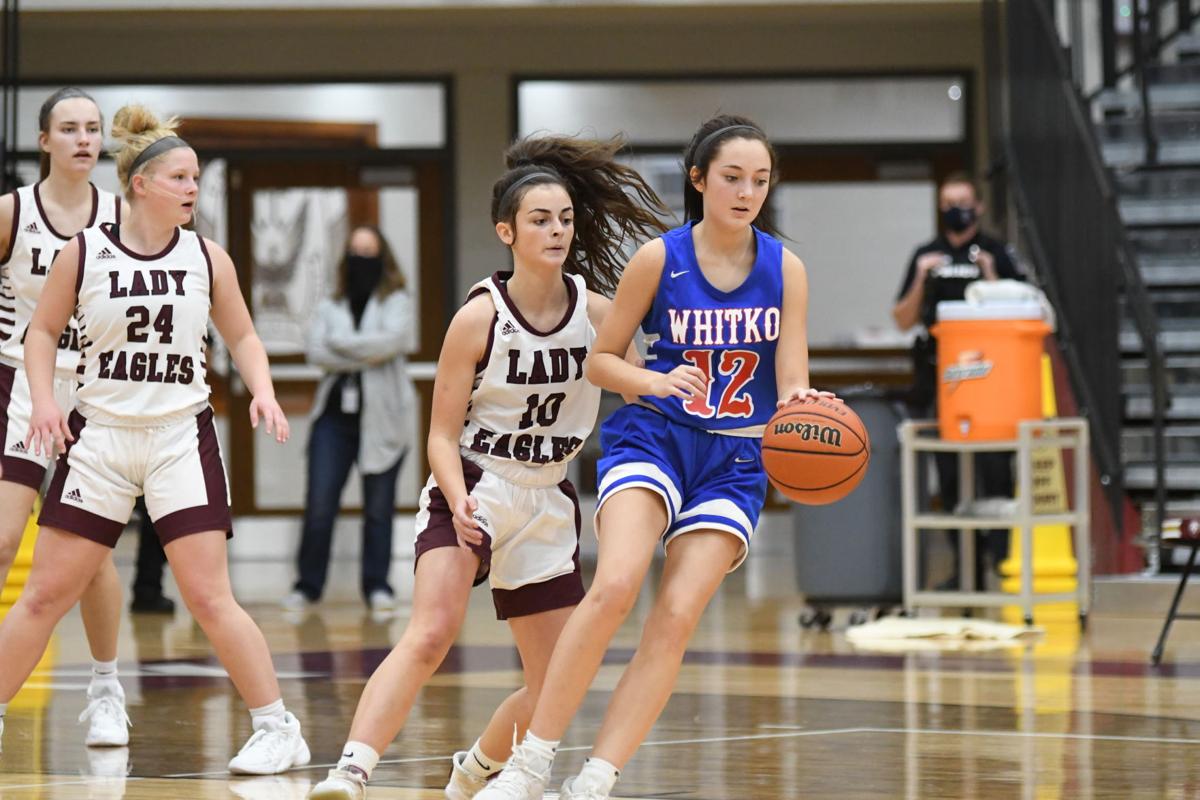 Whitko’s Kloe Krieg dribbles away from Columbia City’a Anna Schrader in a game earlier this month. 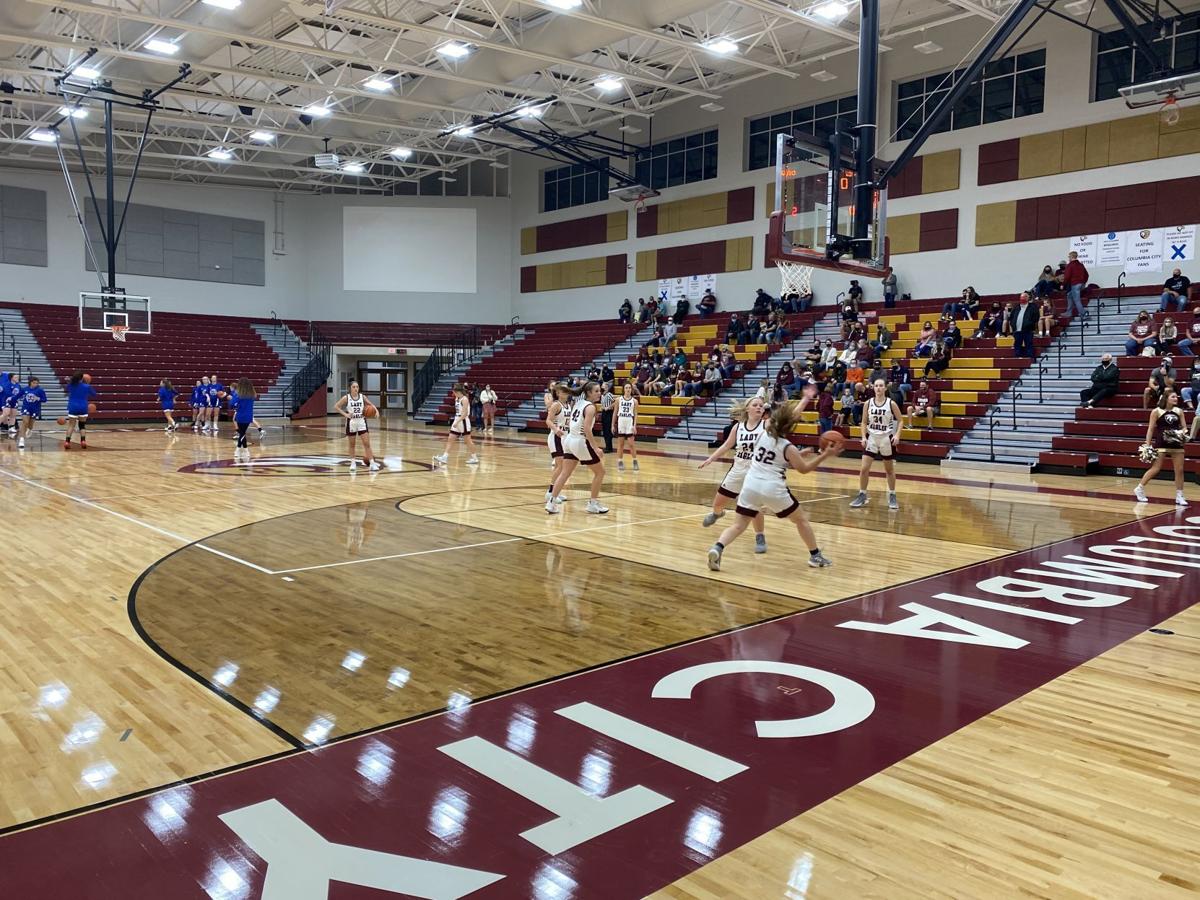 The announcer called Anna Schrader’s name before the game.

Brooke Lickey steps around a Whitko defender to make a pass.

Whitko’s Kloe Krieg dribbles away from Columbia City’a Anna Schrader in a game earlier this month.

COLUMBIA CITY — Last season was a year of “lasts” as Columbia City closed out its final seasons in the Donald S. Weeks Gymnasium.

The 2020-2021 school year is a year of “firsts,” as the Eagles debuted their first varsity basketball game last week, hosting West Noble last Tuesday and Whitko on Friday.

The game didn’t go the way anyone had planned, as the Eagles suffered a loss in a largely empty gymnasium due to coronavirus pandemic restrictions.

Head coach Amy Shearer envisioned the first game with packed stands, all the starters present, and a win over West Noble.

However, the fans were limited due to COVID-19, two starters were out on quarantine, and the girls suffered a loss to the Chargers.

“It was our first time playing here, but with COVID and kids being out — it wasn’t special,” Shearer said. “It wasn’t the feel we wanted for tonight. We have one senior not here, another starter out — we can’t have the community come in — it’s not the hometown special feel. Things are just so different, but that’s how it is everywhere.”

Columbia City lost 47-38 to the Chargers after holding a lead at the end of the first half.

Urban, a senior, was the last girls basketball player to put points on the scoreboard in a varsity game.

She was the first to score in a varsity game on the new floor, something she was excited to carry to the new gym.

“It feels like I can bring something over from the old gym,” Urban said. “A lot of us seniors really miss the old gym since we spent three years there, but this is exciting because everything is new. It doesn’t feel like ‘home’ yet but we’ll grow and make it ‘home.’”

The Eagles held a 22-19 advantage at halftime, but the Chargers started to slip away in the third quarter, outscoring Columbia City 11-6 to take the lead at 30-28 going into the fourth quarter.

Mabie finished out the game with 10 points in the fourth to make the final score 47-38.

Urban led the Eagles with 14 points on the game, followed by Brooke Lickey with 10.

The girls got their first win on their home floor on Friday, defeating county rival Whitko 71-15.

The Eagles ran up a 25-5 lead in the first quarter after Kyndra Sheets put up 13 points of her own.

The team used five scorers to add another 12 points to the board in the second quarter to hold a 37-10 advantage at halftime.

Whitko was scoreless in the third quarter while Columbia City tacked on another 21 points, including seven from Madison Stonebraker, to lead 58-10 going into the final quarter.

The Eagles let off the gas a little in the fourth quarter, scoring 13 points and giving up five points to Whitko to make the final score 71-15.

Sheets led the Eagles with 19 points followed by Urban, Schrader and Stonebraker with 10 apiece.

All Columbia City players who entered the game managed to put points on the board — 10 players in total.

Columbia City’s game at Snider on Tuesday was rescheduled, as was the Goshen game, due to players being quarantined for the virus. Shuffling of schedules is expected this season as many teams will come in and out of being eligible to play.

“It’s going to be a challenge every day trying to figure out who we will have for each game and how to make-do with the kids we do have,” Shearer said. “It’s difficult no matter what team you are. We just have to roll with the punches and do what we can.”