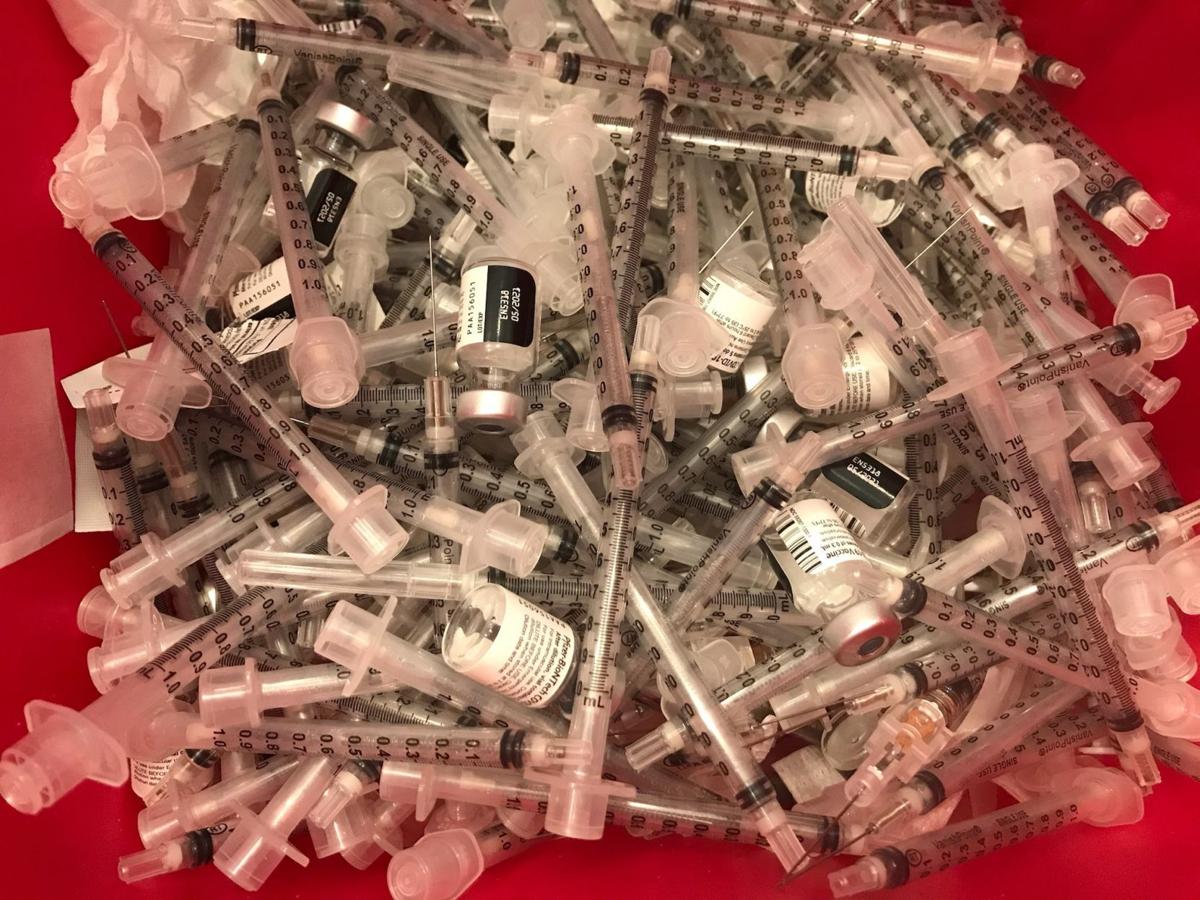 Discarded vaccine vials and syringes sit in a sharps container at the Steuben County vaccine clinic recently. Area clinics have continued to distribute thousands of vaccines to residents over the last week. 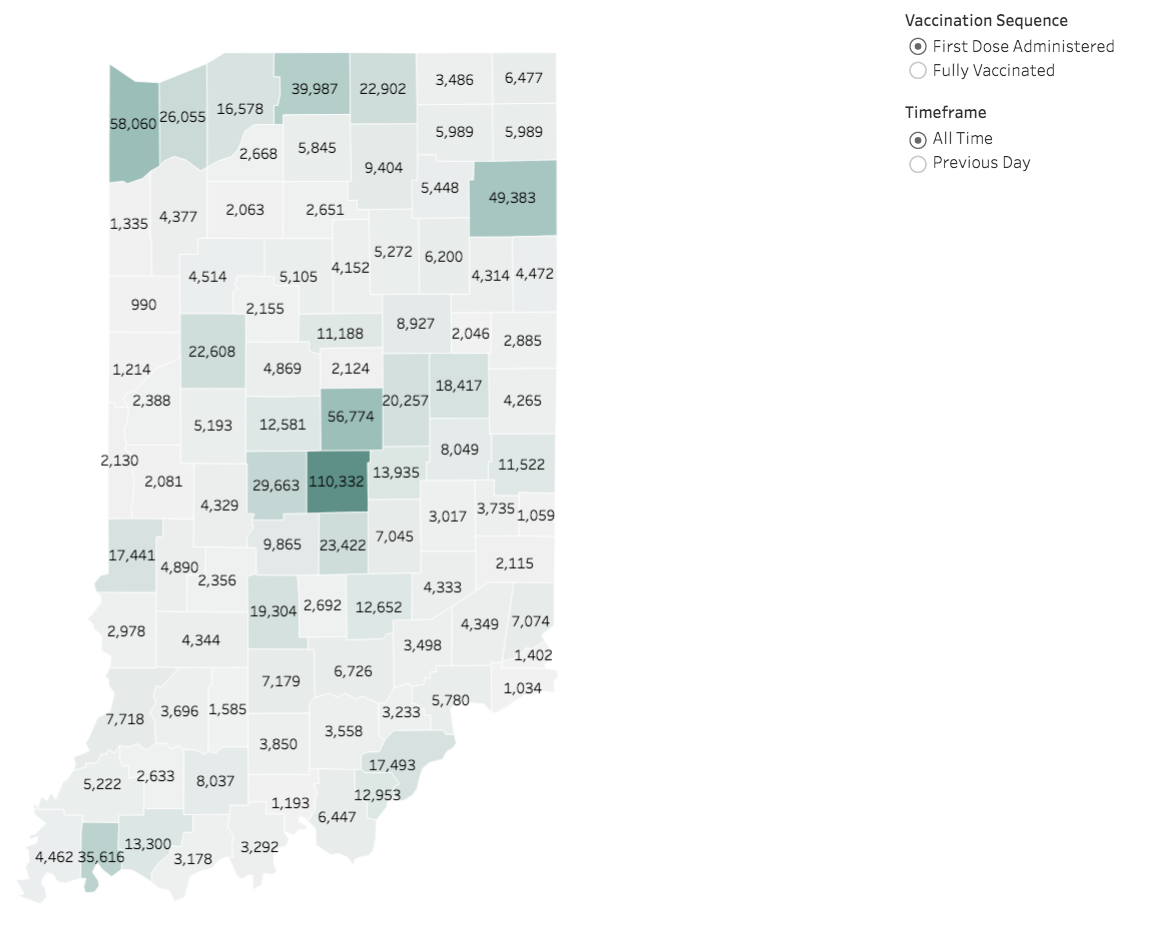 Discarded vaccine vials and syringes sit in a sharps container at the Steuben County vaccine clinic recently. Area clinics have continued to distribute thousands of vaccines to residents over the last week.

INDIANAPOLIS — More than 125,000 residents in the 12-county northeast Indiana area have had at least one shot of a COVID-19 vaccine, including more than 5,400 in Whitley County.

Whitley County has more than 2,400 who are considered fully vaccinated.

Vaccine numbers picked up not only because the region didn’t get dumped on with a foot of snow again, but also because there was a rush to the clinics as the state opened another group for eligibility this week.

Last Tuesday, Indiana opened vaccinations to Hoosiers age 60-64 after previously limiting shots to those 65-plus. Thousands of residents in the new age group flocked to schedule appointments.

The state has been receiving incrementally larger shipments of vaccine each week, state health officials noted earlier this week, but constrained supply lines are preventing Indiana from offering more widespread vaccinations to people who want them.

“We know that we still do not have enough vaccine to put in the arm of everyone who wants one,” Indiana State Health Commissioner Dr. Kris Box said Wednesday.

State officials, as well as those across the nation, are waiting for a final determination from the Food and Drug Administration on whether a new vaccine manufactured by Johnson & Johnson can be given emergency use authorization. If that happens — expected to be soon — that would bring a third vaccine to market.

The Johnson & Johnson vaccine, while showing slightly lower efficacy in trials than vaccines by Pfizer and Moderna, is said to still be highly effective at preventing severe illness and death.

Logistically, the new vaccine has other benefits in that it’s a one-dose shot and can be stored at normal refrigeration temperatures, unlike the other two-shot vaccines that need colder storage.

Hoosiers can sign up to get vaccines by visiting ourshot.in.gov or calling 2-1-1 for assistance. Currently, people 60 years old and older as well as health care workers and first responders are the only ones eligible.

Hoosiers ages 50-59 and residents of any age with five major health conditions will be the next groups up when the state expands eligibility again.

Vaccine distribution continued locally at a steady clip, with the only major change this week coming in the form of another move for LaGrange County’s clinic.

After starting in the health department in LaGrange, the clinic moved to a larger space at the LaGrange County Public Library branch in town. However, as vaccine allotments increased, that site also quickly became too cramped to continue.

Locally, despite having the smallest population, Steuben County remains No. 1 in vaccinations given (excluding Allen County), with 6,302 total people receiving at least one dose. Noble and DeKalb counties are close behind at 5,934 and 5,858 vaccinations, respectively, while LaGrange County is farther behind at 3,469.

Statewide, Indiana has vaccinated about 15% of the total population.