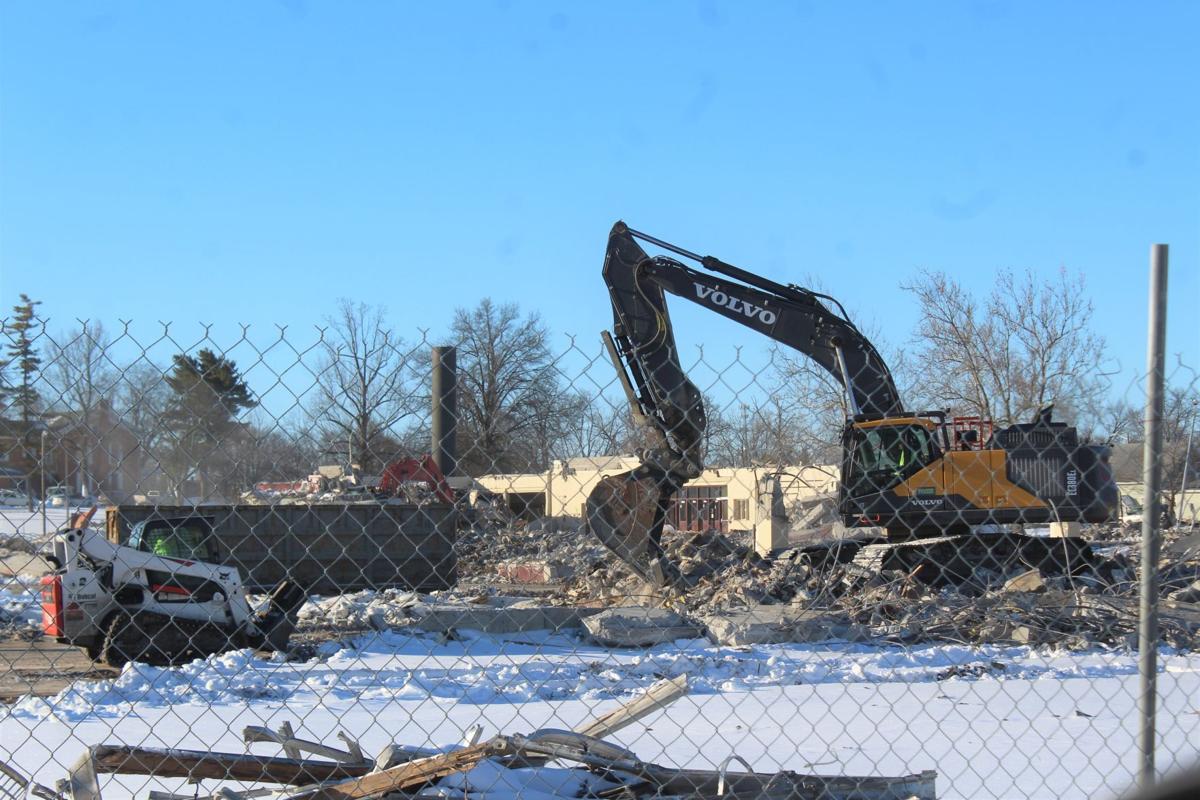 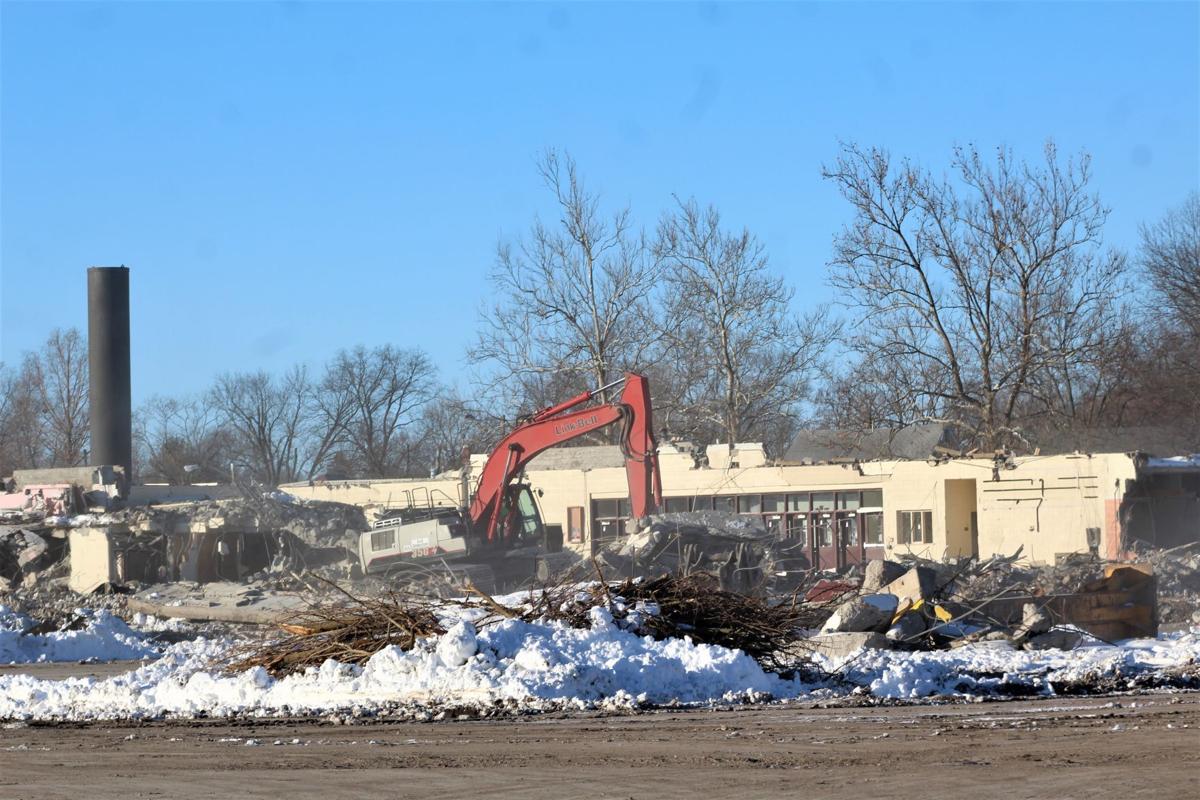 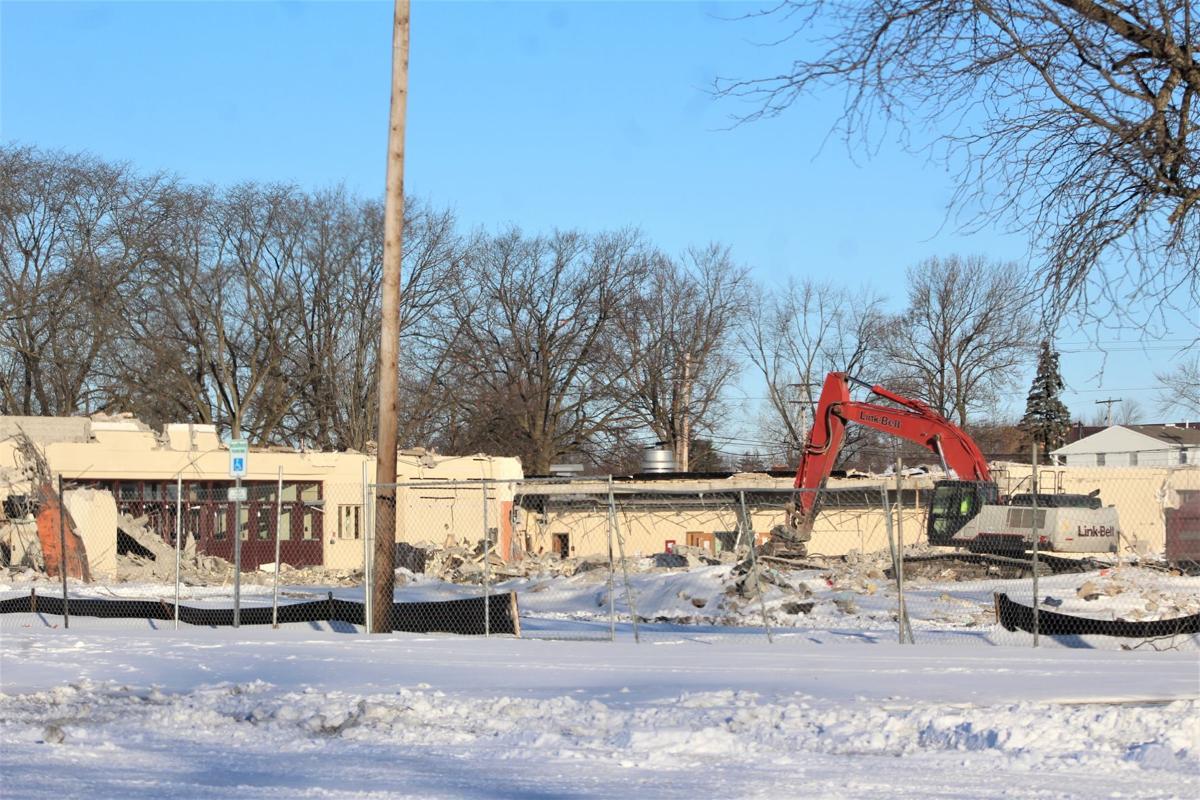 The entire gymnasium is now gone. 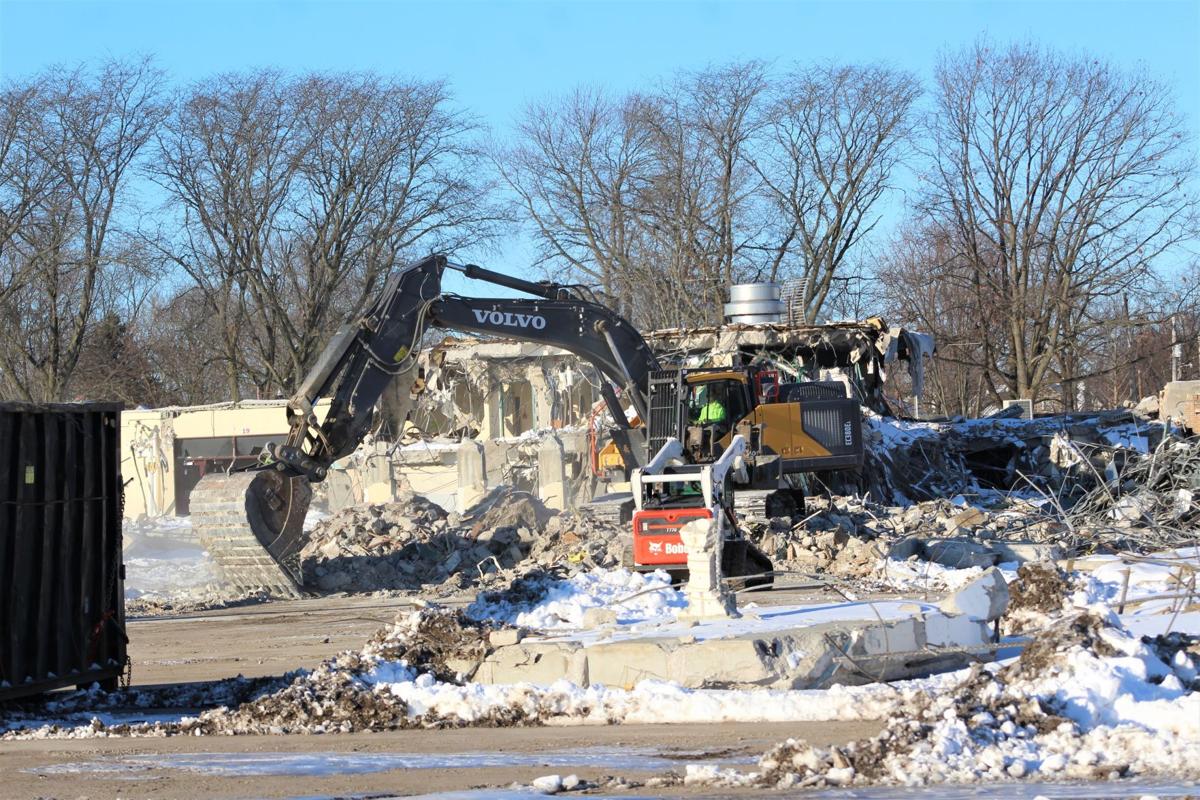 Machinery is scattered throughout the property.

The entire gymnasium is now gone.

Machinery is scattered throughout the property.

COLUMBIA CITY — This may be your last chance to say goodbye to the 1958 Columbia City High School, school officials reported during last week’s meeting of the Whitley County Consolidated School Board of Trustees.

Officials expect demolition of the old high school building to be completed yet this week.

Pictures shown at the meeting revealed that as of last week, the back of the school was predominantly gone, with the cafeteria, front doors and sections of the second story area still left to go.

Once demolition is completed, the property will soon after be given to the city for park use.

During the school board meeting, new member Shelby Longenbaugh sought more information about the measures taken to help students struggling with virtual learning during the coronavirus pandemic. Longenbaugh said she had been approached by several parents who expressed concern for their students and their educational growth.

Superintendent Laura McDermott said she understood the concerns of parents, and of the importance to have students in school as much as possible. She added that the school district was working closely with the county health department, taking into consideration county COVID numbers and the measures they needed to take to help this effort and keep students safe.

She said that every other week school officials meet with individuals from Whitko, Smith-Green and the health department to stay up to date on what is going on in the county.

“We’re looking at the spread and what’s best for the community,” said McDermott.

One of the measures McDermott said was being discussed was in-person options such as added summer school opportunities, particularly for high school students.

“We don’t want anyone not to be able to graduate,”said McDermott, but she added that official decisions on what might be offered would be determined after funding for the schools was revealed.

School board member Mary Ann Schaefer supported the efforts the school had taken to help students through these difficult COVID times.

“We do depend on those working with the health department to make the best decision possible, and it is being looked at everyday,” she said. “They (school officials) put so much effort into getting it as right as possible.”

When it comes to COVID, McDermott noted that high school students returned to in-person learning last week. As the county is still in red, and in order to follow guidelines laid out by the governor, attendance at basketball games remains limited, however, more fans are now allowed.

During the meeting, the school board also discussed changes to each school’s handbook. Most school books will have date and name changes.

The biggest change to the preschool handbook was an increase in tuition from $7 to $8.50 per day.

For the middle school, additions to the handbook would include further information on school attire. Another big change is to clarify the dismissal procedures put in place this past year.

Changes to the high school handbook added discipline policies. The first regarded truancy policies in order to follow IDOE guidelines. Another would be additions to the tobacco policy. The handbook would also add language regarding disciplinary reactions in the event of second and third failed drug tests.