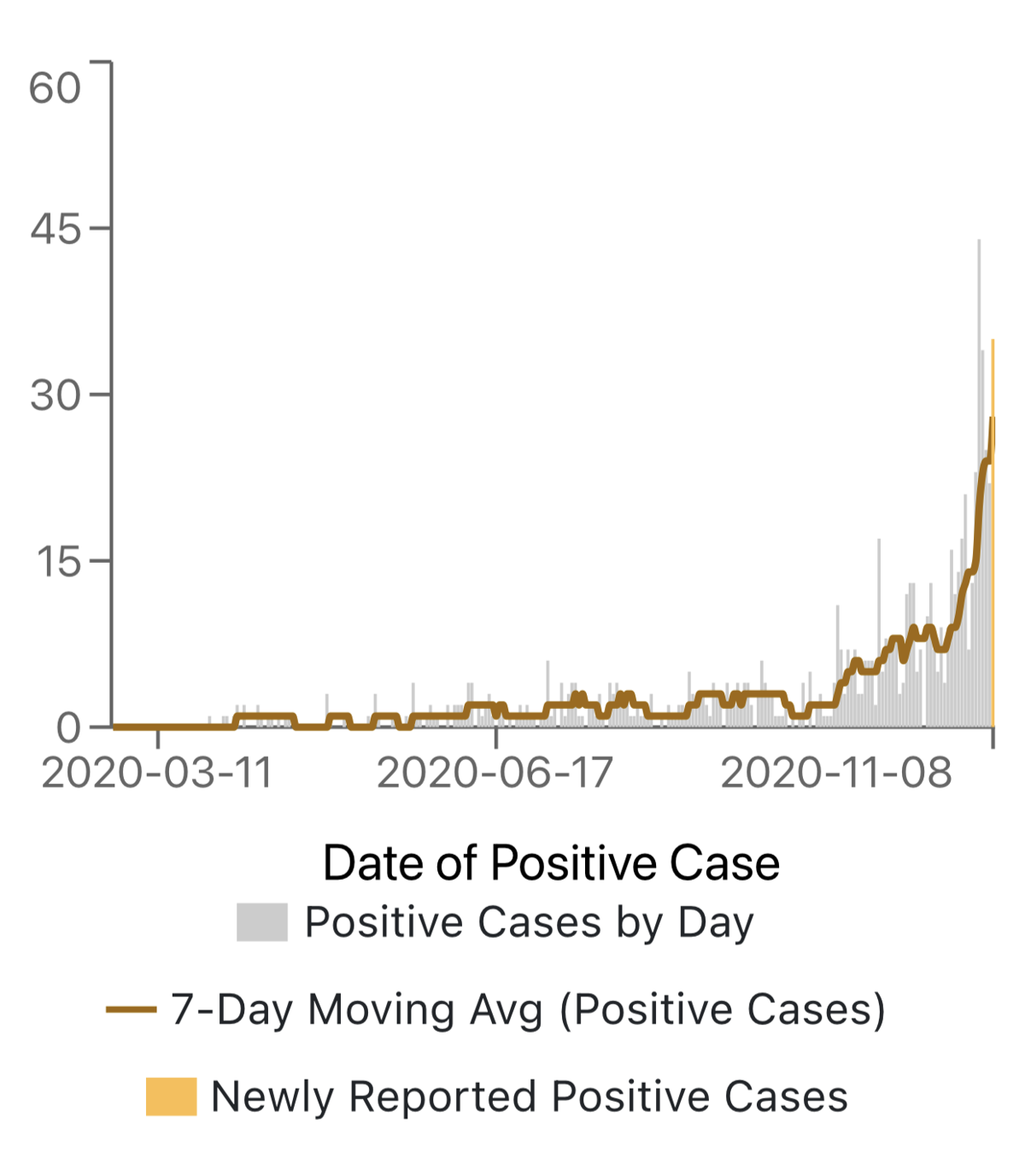 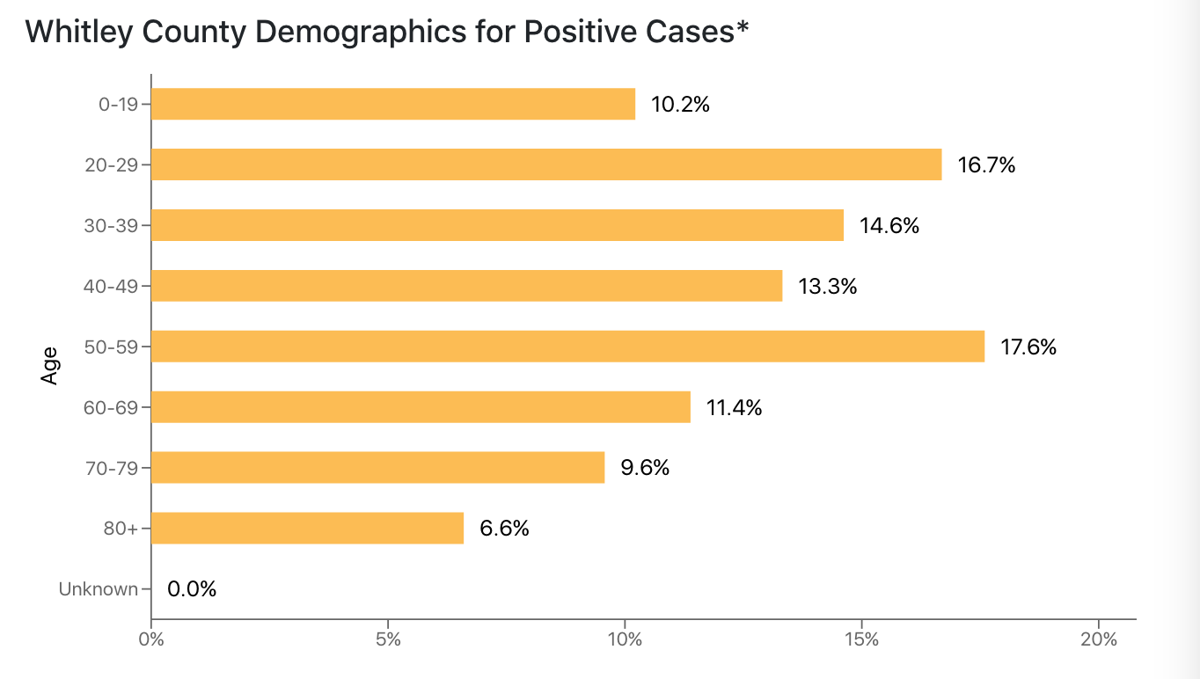 WHITLEY COUNTY — After months of weathering the coronavirus pandemic with a relatively small positivity rate, Whitley County has seen — at times — exponential growth in COVID-19 cases in November.

From March through September, Whitley County averaged a couple positive cases per day. That number began to creep up in October, with about 7-10 new cases per day on average. In November, so far the lowest number of positive cases in one day is seven, which was recorded on Nov. 1. The following data has been provided by the state for the last several days:

Despite the increase in cases, Whitley County has not recorded a death since July 9, according to the state’s data at press time.

Hospitalizations in northeast Indiana have skyrocketed, with 262 COVID-19 patients in NE Indiana hospitals on Nov. 8 — a number that’s been climbing drastically since early November. Lutheran Hospital reported 15 COVID patients in the first week of September and this week had about 110.

Whitley County Health official Scott Wagner said the cooler weather prior to this week’s unseasonably warm weather may have been a factor in the increase.

“People had been inside more, so they are spending more time with each other and that increases the spread,” Wagner said. “All along we have primarily seen transmission among households.”

Wagner also attributes some of the increase to more availability of free testing, however, the virus likely isn’t going away anytime soon.

“Unfortunately this is a virus and viruses are really good at adapting and spreading through the population — and that is what it’s doing,” he said. “The virus will move through the the population until you have a saturation of about 85% of individuals. I would expect to see a high transmission through to the new year. Moderation transmission over the winter and into the spring. Hopefully by the end of spring much of the transmission will have disappeared.

Wagner encourages the community to continue staying home when sick, washing hands throughout the day, especially after the bathroom and before eating, and keeping your distance from crowds and the elderly.

See more, including information for each school in Whitley County, hospitalization datea, and stats on long term care facilities at coronavirus.in.gov.