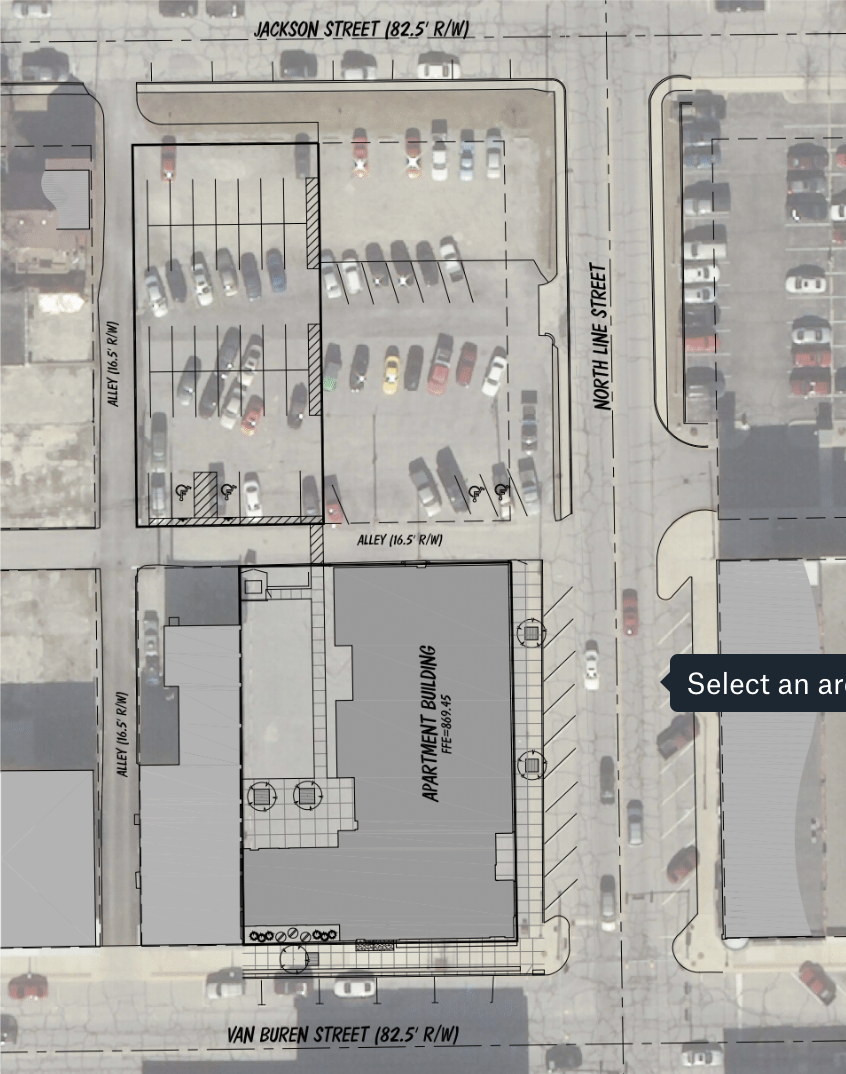 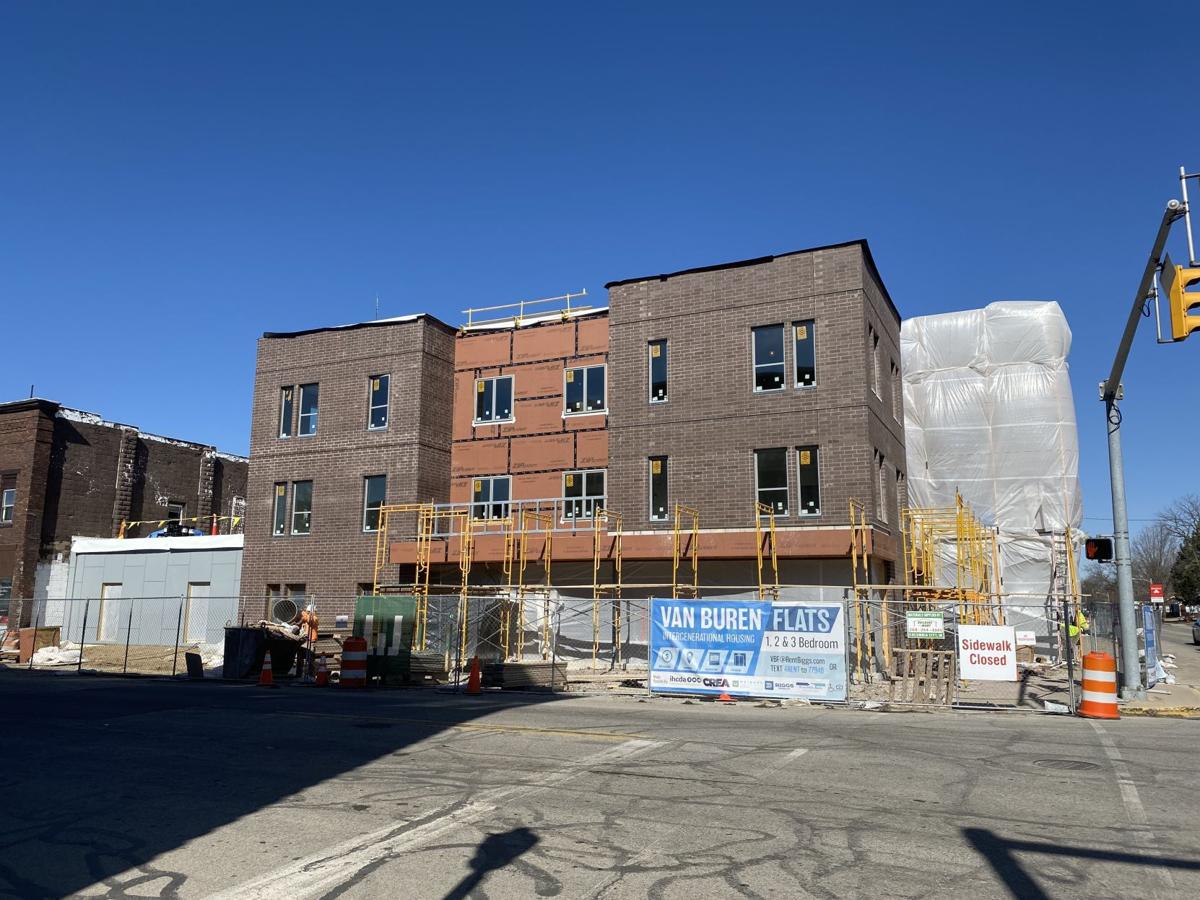 COLUMBIA CITY — A new apartment building in Columbia City is aiming to house a modern mix of tenants as part of the solution to the city’s severe housing crunch.

The development, called Van Buren Flats, is at the downtown intersection of Line and Van Buren streets.

Once completed, the building will offer 25 new apartments, according to the developer, Decatur-based the Biggs Group.

Biggs calls the building an “intergenerational development,” because it plans to adopt what it deems “intentional neighboring” in its tenant selection.

Biggs Group Marketing and Communications Director Gus Gutierrez said the aim is to connect different generations of tenants in the building to make it a more amiable living space.

For example, a younger family might have children who would enjoy teaching seniors about computers, or a 30-something couple might like helping an older tenant carry groceries up the stairs.

“These are programs that will foster understanding between seniors and single-parent households,” Gutierrez said. “This is really the first time we’ve done this kind of thing in an affordable-housing setting.”

Rent schedules for the units have not yet been set, he said. Income eligibility ranges from $28,920 for one person’s gross household income to $44,640 for five people. Apartments range from 770 to 1,100 square feet and are pet friendly.

The Biggs Group aims to make the three-story building a mix of 1-, 2-, and 3-bedroom apartments with an elevator in the building’s center.

Biggs is a company that comprises construction, property development, property management, and lawnscaping.

Parking for the apartments will be located diagonally northwest across the street from the building, at the corner of Jackson and Line streets.

The company also hopes to lease out space on the building’s first floor to a retail tenant. Gutierrez said his company is currently seeking a tenant to fill that 1,400-square-foot space, but would prefer it be taken by a business complementary to the residents, such as a grocery store or, perhaps, a nonprofit group. “We are actively accepting prospects right now,” Gutierrez said.

The apartments are a welcome addition to the Whitley County metropolis, as housing in the town is becoming harder and harder to come by, according to Columbia City Community Development Director Chip Hill.

“(The housing crunch) is bad,” he said. “Every single house built here is sold within 30 days.”

“This helps meet the housing shortage here (in Columbia City),” he said. “And the intergenerational aspect of it helps the community as well. It’s affordable housing with a purpose and an intent.”

Hill said his city already has seen some positive effects from the development. A group of four apartments near the new building were rented out not long after the project was announced, he said.

He hopes the momentum created by the new development only snowballs.

“This will spark development downtown, and I feel like we’re trying to revive downtown,” Hill said. “And this is going to help bring people downtown. This is making the city more walkable.”

Providing affordable housing is an element of the Northeast Indiana Regional Partnership’s Road to One Million Plan — increasing the region’s population to 1 million — to create communities where people will want to visit, live and work.

The company has recently opened its waitlist for the Van Buren Flats apartments. Those interested in applying can visit the website www.VanBurenFlats.com.