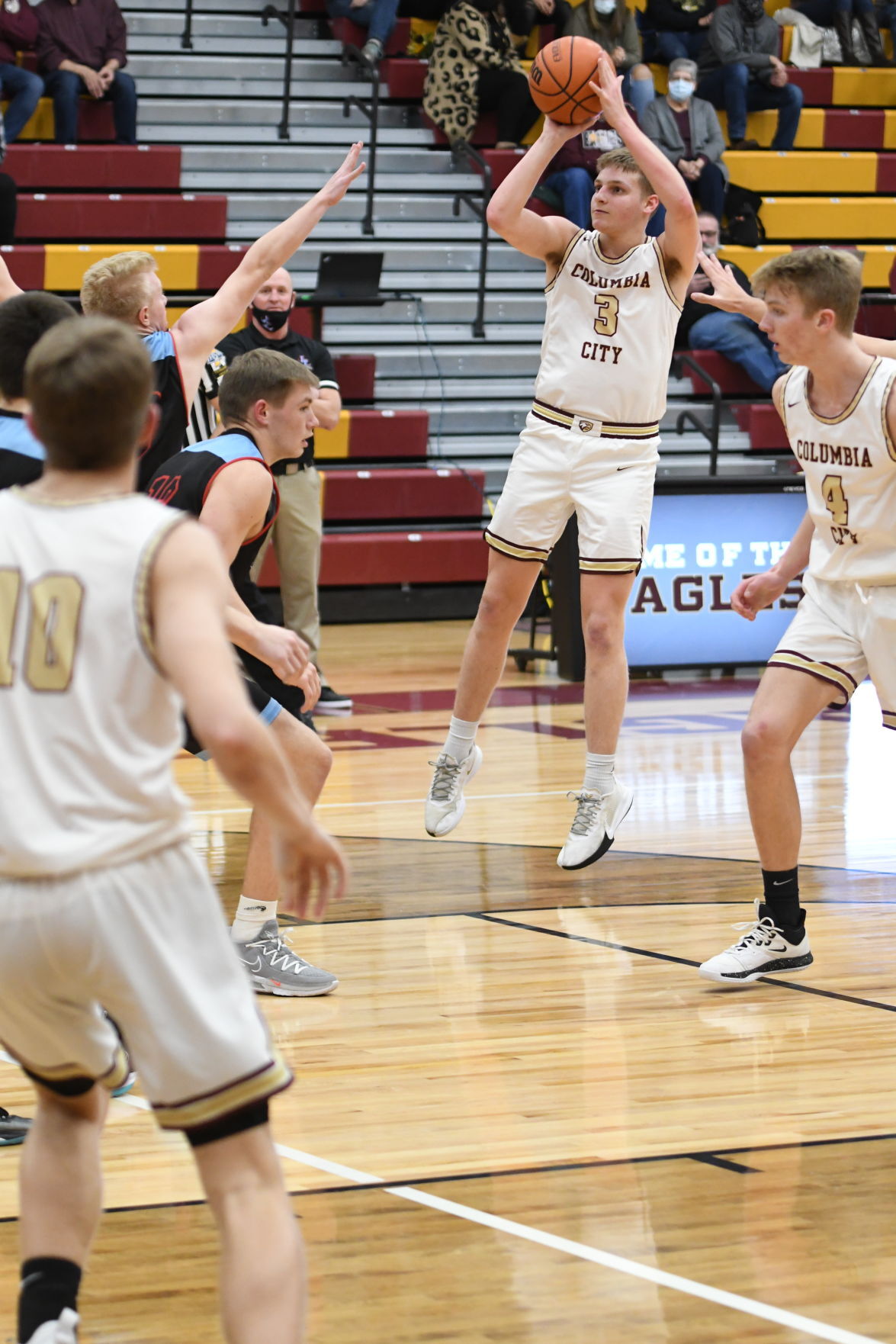 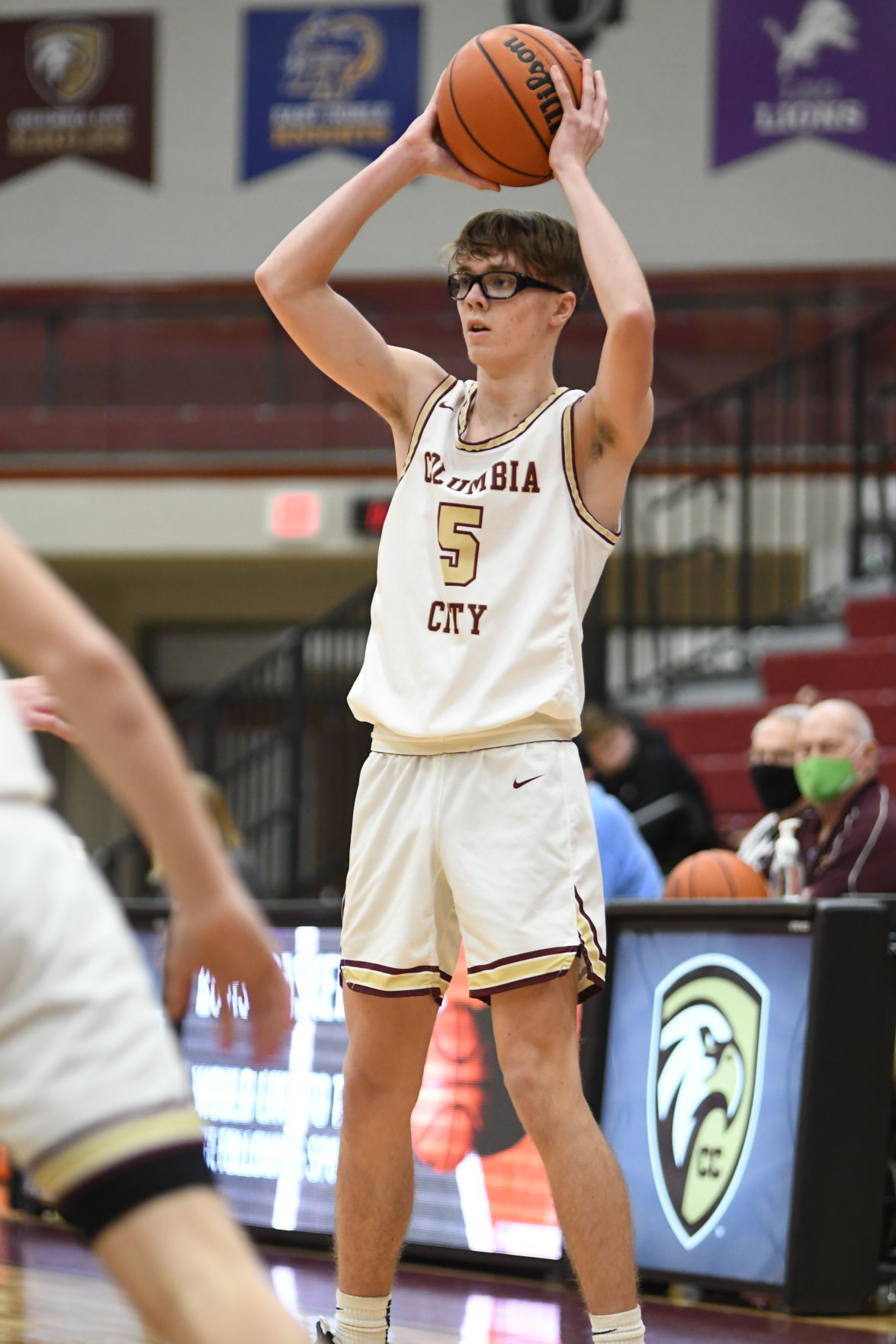 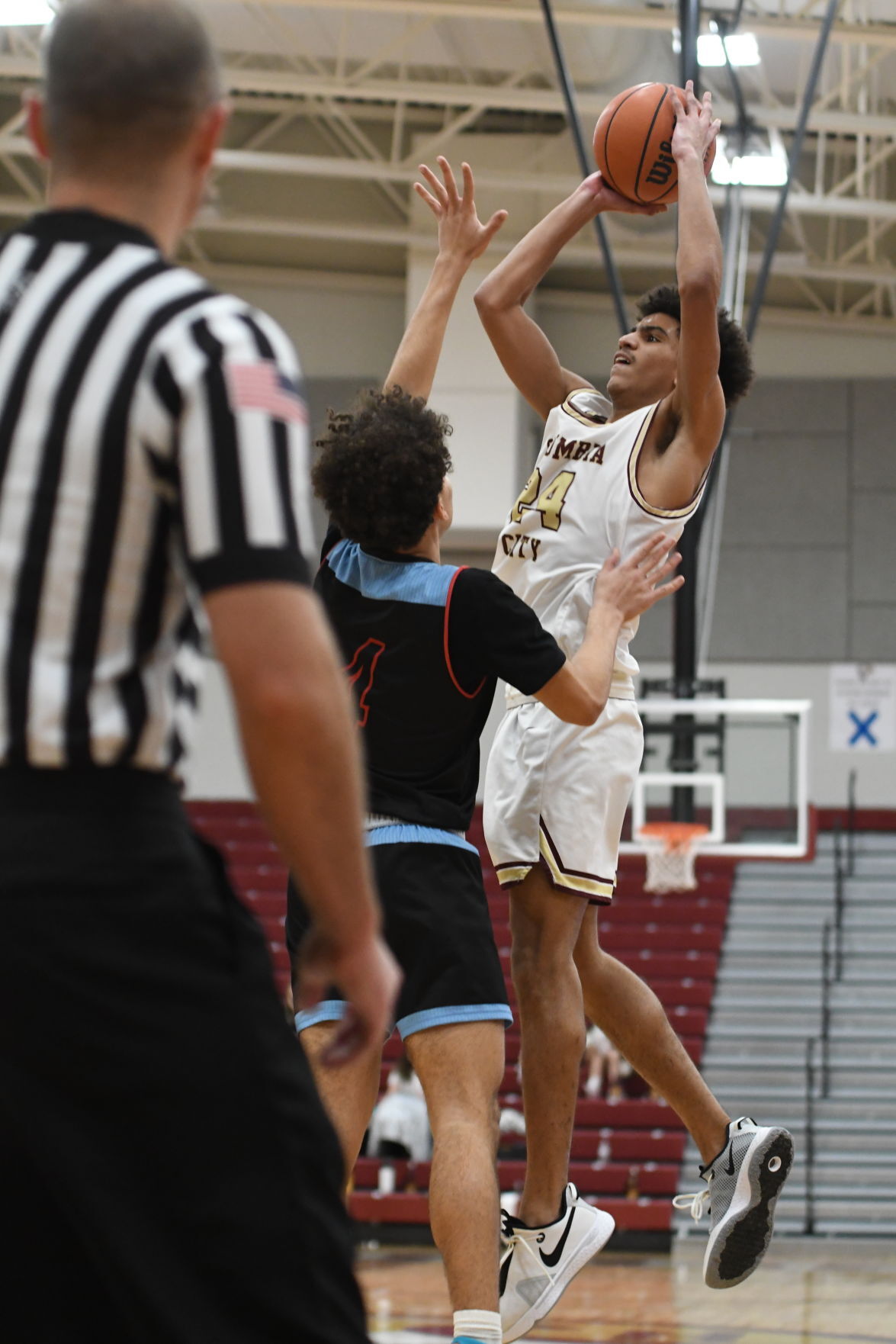 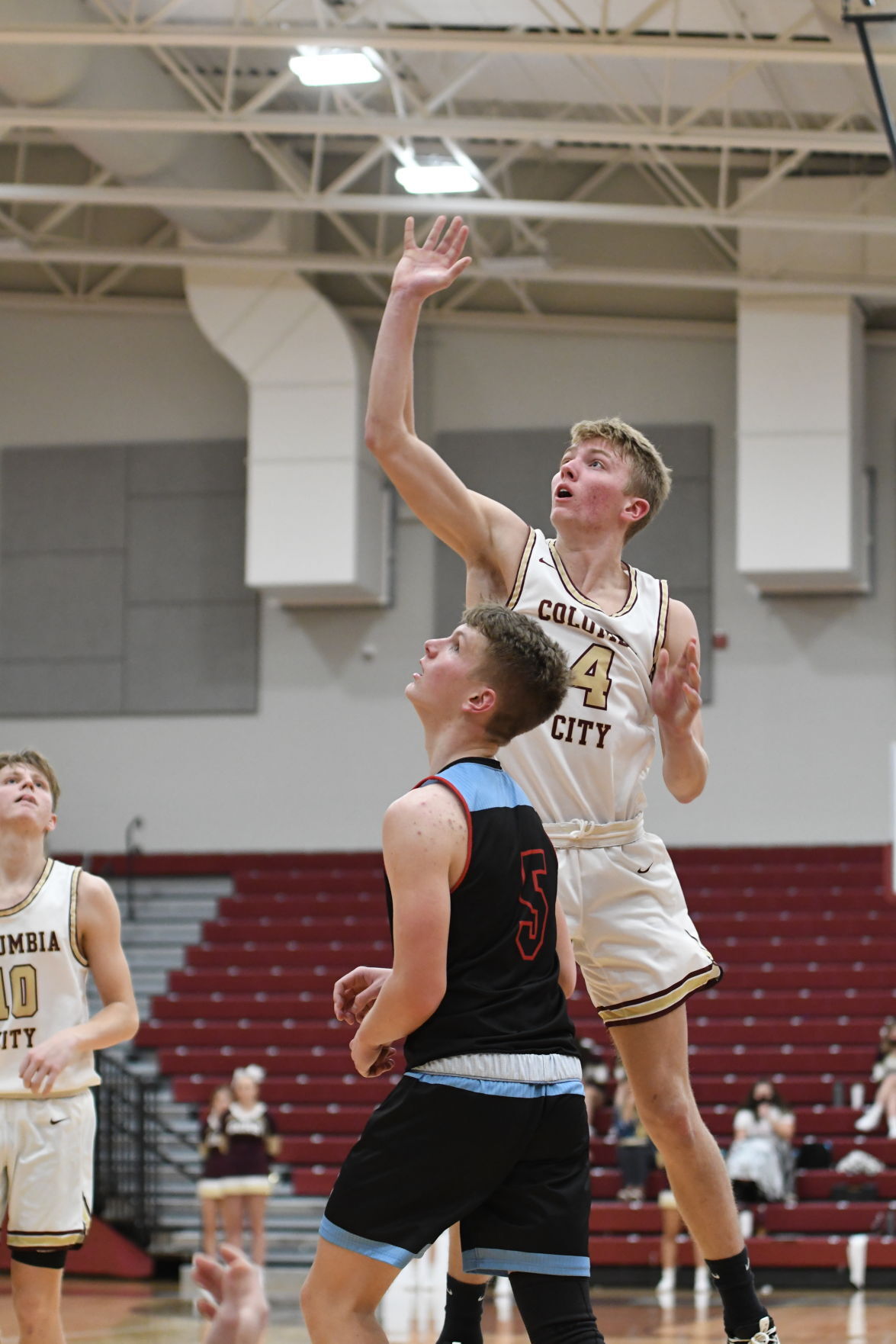 Jaxon Crawford tosses up a shot over a Lakeland defender in a game earlier this season.

Jaxon Crawford tosses up a shot over a Lakeland defender in a game earlier this season.

COLUMBIA CITY — The Northridge Raiders defeated the Columbia City Eagles 57-43 on Saturday night at Columbia City High School in a game which they made 13 three-point shots.

The home team got off to a strong start as junior Jaxon Crawford netted the Eagles’ first six points in the paint.

Sam Smith hit a three to start the scoring for the Raiders and Blake Jacobs then got a basket underneath. Carter Stoltzfus followed with a move down the lane for two more points for the visitors.

Then, Sam Smith hit a basket from the block and the game was paused as the Norhtridge senior eclipsed the 1,000-point plateau with those two points. He was presented with the basketball and the Raiders led 9-6 at that point.

Elias Spellman hit on the other end to keep the Eagles within one point.

Then, Carter Stoltzfus continued his scoring parade as he hit a three-point goal and a two pointer to send the Raiders up six points.

Andrew Hedrick and Crawford got the next four points of the game for the Eagles but that was quickly countered by Carter Stoltzfus and his brother Clay Stoltzfus, who both knocked down three pointers as the Raider lead swelled to 20-12.

Columbia City big man Greg Bolt got fouled going to the bucket and hit one of two at the line to break the Raider run, but not for long as Carter Stoltzfus hit yet another Raider three point goal as their lead ballooned to 10 points.

Bolt came back on the other end for two in the lane in for the home team and again it was Carter Stoltzfus right back for a another 3-pointer.

Columbia City matched that three, however, when Hedrick hit from downtown to bring the Eagles within 26-18.

Jacobs grabbed a rebound and a put-back basket for an easy two points and Carter Stoltzfus drained his fifth three pointer from up top to close out the scoring in the first half with the visitors leading 31-18.

The second half started slowly for both squads as Baker had the only score for the first two minutes of the third quarter.

Smith got to the free throw line for the Raiders and drained two free throws as they got on the board.

Columbia City’s Brooks Longenbaugh hit a wide open three pointer from the wing to bring the home team back to within 10 points.

Carter Stoltzfus swished a three pointer again for the Raiders.

Columbia City trailed by 13 at that point until Baker got fouled driving to the basket making the hoop and converting a free throw as the Eagles got back to within 10 points.

Caden Mack continued the cascade of three pointers for the Raiders as he converted from the top of the key.

Bolt picked up two underneath for the Eagles as the third quarter came to an end with Northridge leading 45-28.

Carter Stoltzfus scored in the paint to get the scoring underway in the final stanz,a and Smith followed with another three pointer to send the Raiders to their largest lead of the game at 50-28.

Hedrick stifled the run as he made two free throws and Crawford did likewise to cut into the Raider lead.

The Carter Stoltzfus show continued as he connected for his seventh from downtown and added two more on a move in the paint.

Then it was Smith scoring on a free throw line jumper as the Raider lead reached its largest margin.

Bolt scored two points at the charity stripe to close out the scoring as Northridge won 57-34.

Carter Stoltzfus led all scorers, tallying 29 points as he went 7 of 11 from three-point range for the Raiders.

Sam Smith was the other player in double figures for the visitors with 15 points.

Columbia City was led by Jaxon Crawford who had 10 points meanwhile Andrew Hedrick and Greg Bolt each had 7 points.

With the win Northridge improves to 16-4 on the season and Columbia City drops to 7-12 with the loss.