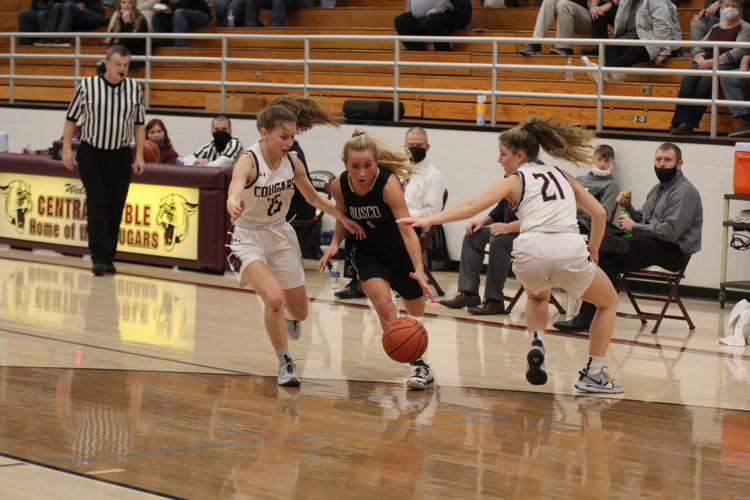 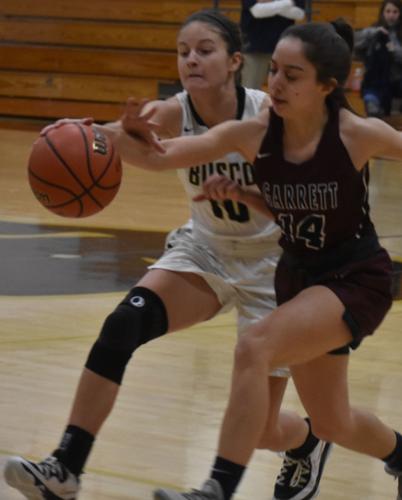 The season was filled with injuries and girls being put into roles they weren’t ready for.

Churubusco went 6-18 during the 2020-21 season and graduated seniors Mariah Hosted and Audrey Huelsenbeck. Hosted led the team with 11.1 points per game, 8.3 rebounds per game and 3.1 steals per game.

Senior Cara DeBolt is the Eagles’ leading returning scorer at 6.2 points per game. She also averaged 4.1 rebounds per game and took a big jump during the offseason.

“She played AAU and played some good competition. She’s also been training and working on basketball, and she’s never done that. It was just during the season. That’s how most of them were. Her ballhandling and shooting has gotten better,” Goodwell said.

Madison Hosted is also back after having 5.6 rebounds and 4.7 points per game during the 2020-21 season. Jorja DeBolt returns after averaging 3.7 ppg last year.

Goodwell has a big influx of freshmen that he has high hopes for.

Freshman Bridget Timbrook will see a lot of varsity minutes right away.

“Bridget is probably our best passer. That’s her strength, seeing the floor,” Goodwell said. “She’s going to defend really well, and she’s going to pass the basketball. She’ll probably handle the ball for us this year.”

Freshman Gabby Orth will help the Eagles inside.

“Gabby brings some length. She’s a volleyball player, so she can jump. She’s athletic, and she’ll be good for us defensively, also rebound the basketball,” Goodwell said.

Bri Hosted and Brooklyn Sinclair will help on defense and improve the team’s shooting.

“Both of them are pests on defense. Brooklyn is probably one of my better shooters,” Goodwell said.

Goodwell said the girls have goals of improve their place in the conference after only two NECC wins last season, and they want to compete for a sectional title.

“They want to have a better record than last year, and they really feel like they can win a sectional championship,” Goodwell said.

Sorry, there are no recent results for popular articles.